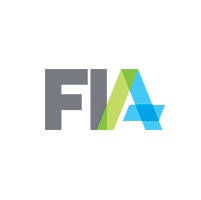 SEFs are among the most popular trading instruments for investors, which proved to hold true for August. Moreover, the Futures Industry Association’s (FIA) SEF Tracker records and analyzes a wide composite of volumes and trades.

The utility reported massive increases in both SEFs and NDFs in August, along with $201 billion in the last week of the month alone, a new record since the FIA’s inception.

Leading the charge was Interdealer brokers, responsible for nearly 96% of all flows, including BGC, which captured the highest proportion (27.6%) of the market share, citing FIA data. A notable performer was also the Brazilian real, which made up roughly 50% of NDF trades, with the remainder constituting Asian and Latin American currencies.

According to an OTC Clearing Sales Head broker operating out of NY, “Since the summer there has definitely been a change in attitude among the buy-side we speak to, who are willing to sign up to SEFs. Signing the documentation was a bugbear to begin with, but they’re now looking to test pipes and be ready for when a clearing mandate comes down for FX.”

In addition, dealer-to-client SEFs offered by Thomson Reuters and Bloomberg, while representing a far smaller market share, are also making concerted efforts to sign up with SEF rulebooks in a bid to help foster greater share.

Despite the seemingly rampant growth in August, SEF FX volume is poised to slingshot higher as early as this fall, given the passage of the US Commodity Futures Trading Commission’s (CFTC) clearing proposal for NDFs – the committee is slated to meet October 9 to discuss clearing mandates.