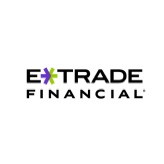 E*TRADE Financial Corporation (NASDAQ:ETFC) has reported its trading activity report for the month ending February 2015, which witnessed a 3.7% MoM increase in DARTs, according to an E*TRADE statement.

E*TRADE saw its equities and DARTS activity rise last month to the tune of 5% MoM gain, a methodic but recurring trend thus far into 2015. During January 2015, Daily Average Revenue Trades (DARTs) came in at 172,944, up 5% MoM from December 2014. However, over a yearly timeframe, the figure dropped -12% YoY from January 2014.

Across the group’s net new brokerage assets, February 2015 saw $1.7 billion in profits, which was a staunch decrease from $0.6 billion in January 2015 or 183% MoM. Finally, bank-related cash and deposits came in at $0.1 billion in February 2015, exactly the same figure as the month prior.