Interdealer ICAP has posted its February volumes on its electronic trading platforms. According to the firm, total average daily volumes (ADV) were $701 billion, 5% below January’s activity and a 13% decline from the same period in 2013. The month-over-month contraction was experienced in each of ICAP’s platforms which consist of US Treasury, US Repo, European Repo and FX trading. 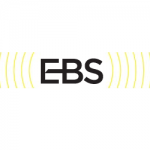 In FX, average daily volumes on EBS, which now consists of both the firm’s ECN and relationship-based trading, were $83.5 billion. February’s figure was 5% below January’s activity, and 44% below the $149 billion figure posted in the same period in 2013, which was EBS’s best month last year.

The decline in FX volumes comes as other venues have been reporting a drop in trading due to a fall in overall currency volatility. However, the decline in ICAP’s overall numbers contrasted with that of the CME which has experienced growth in its comparable interest rate products. Forex Magnates reached out to ICAP for comment on the decline in volumes but as of publishing time have yet to receive a response from the firm.