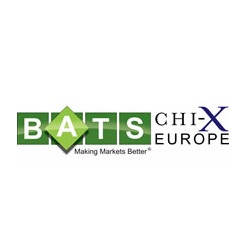 Europe’s largest stock exchange, BATS Chi-X Europe (BATS) is launching a new offering that grants exposure to Turkey’s most liquid stocks in the form of the BIST30 index, which is slated to begin in early November.

BATS has witnessed strong growth in its volumes, as highlighted by September’s robust performance that saw healthy gains across average daily volumes (ADV). Amidst a rising demand for exposure to Turkey’s marquee stocks, BATS will now look to expand it’s offering with the BIST30.

The demand for Turkish securities has been mounting in recent months, as indicated by the rampant growth of the country’s market that is responsibly for $406.8 billion (€319 billion) in 2013 alone. Furthermore, new capital markets legislation in Turkey has helped instigate competition in trading venues, which no doubt will add to demand in coming quarters.

According to Mark Hemsley, CEO of BATS Chi-X Europe in a recent statement on the offering, “we make it possible to trade over 3,800 of Europe’s most liquid securities on a single platform, and the addition of Turkey extends that unique model even further across the continent. Not only is Turkey the first market we’ve added since the 2011 merger of BATS and Chi-X, but it’s also our first emerging market and we’re looking forward to bringing the efficiencies and competition we have created elsewhere in Europe to Istanbul.”