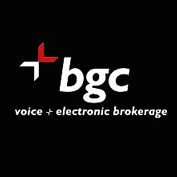 The takeover battle began last July when the CME Group issued a $4.55 offer for shares of GFI Group. At the time, the deal marked a sharp premium for GFI Group shares that had been trending lower during the first half of 2014 and were just above $3.00. That offer was followed by a $675 million, or $5.25 per share all-cash bid from BGC, which forced the CME to raise its offer in December to a similar amount to gain shareholder backing. That bid was then followed by BGC’s $5.45 bid in mid-December.

At stake is GFI Group, an interdealer that connects traders and liquidity providers on its array of electronic platforms. Having a strong position in energy trading, GFI Group has become a more interesting purchase due to increased trading in the energy sector as oil prices have been crashing. For the CME Group, the acquisition of GFI Group would provide an instant opportunity for the firm to expand its European energy trading business. An operator of formal exchanges, the CME has also been expanding its electronic trading platform venues, such as its swap execution facility (SEF) which was approved at the end of 2013.

A rival interdealer to GFI Group, but owning a 13.4% stake in the company, BGC has been sourced to have had previous negotiations with GFI Group about a merger previous to the CME Group’s bid. The interdealer industry, whose numbers also include Tradition, ICAP and Tullet Prebon, is viewed as being ripe for consolidation as rising regulatory requirements have created potential cost-saving synergies for firms that merge. However, due to competitiveness among interdealers for traders and liquidity providers to deal on their platforms, merger negotiations are difficult as they require participants to share sensitive operational data. As a result of the difficulties in consummating a merger, the CME Group’s friendly bid had put GFI Group into play, and provided an opportunity for BGC to direct an offer of their own directly to shareholders.

Share this article
Tags: Bgc / interdealer
Got a news tip? Let Us Know