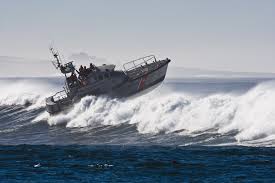 The much awaited, Swap Execution Facility (SEF), an initiative under the many regulatory reforms put forward  by the Chairman of the Financial Services Committee, Barney Frank and Chris Dodd, the Chairman of the Senate Banking Committee have become a reality. The new rules that affect the trading of certain OTC derivatives were given a taste of centralized clearing and transparency, during phase one of the launch on the 2nd of October, 2013.

Nearly three years after the government of the United States sanctioned the new rulings, which aim to further police the OTC derivatives space – the main culprit behind the Great Recession of 2008, participants transacting in interest rate swaps, certain FX and commodity transactions and Credit Default Swaps can take a breather, or can they?

The bumpy ride has been full of confusion, surprise and satisfaction as the CFTC was unclear of what they want to regulate, and how they will regulate it? This was coupled with a selection of  No-action reliefs issued at the twelfth hour, giving participants relief from reporting pre-trade mid-market mark to counterparties on the onboarding of users. However, participants couldn’t have prepared for the icing on the cake, a total shutdown by the government earlier this week, thus adding to the tidal wave of uncertainty.

SEFs in simple terms, as defined by the CFTC, “A trading system or platform in which multiple participants have the ability to execute or trade swaps by accepting bids and offers made by multiple participants in the facility or system, through any means of interstate commerce, including any trading facility that facilitates the execution of swaps between persons (US persons).”

Under the Dodd-Frank rulings the regulators were faced with the dilemma of classifying what they deem a swap, in relation to the FX markets, FX Options and Non- Deliverable Forwards have been given the badge of honor of a swap, however at one point, FX Forwards, Swaps and Spot transactions were in the queue. The official doctrine has been playing cat and mouse with regulators and industry bodies, going back and forth on critical issues affecting participants.

SEF, is it really important?

SEFs are believed to play a crucial role in maintaining efficiency and preventing economic crisis in the global financial market place. Through a centralized clearing mechanism participants benefit from instant layers of transparency and certainty of their orders.

Furthermore, through pre-trade checks and specific reporting requirements, SEFs will create an audit trail, post demise of AIG, practitioners found black holes in the ownership of Credit Default Swaps, through trading on SEFs, regulators and counterparties will have clear and complete awareness with who transacts where.

The CFTC opened up the flood gates for firms to embark on their journey through the ‘New World Order – Swaps Style’ in June. Bloomberg was the first to submit its application on the 4th of June, and consequently was the first to receive approval. Bloomberg’s Global Head of Product and President of Bloomberg SEF LLC spoke about SEF regulations in a statement to the media saying, “The implementation of SEFs is one of the more meaningful ways the Dodd-Frank reforms have sought to increase transparency and standardization in the swaps market.”

And the winner is..

The long-standing battle between listed and OTC derivative products has found a new tune with the implementation of SEFs, the notion was formally initiated during the 2009 G20 Summit in Pittsburg, USA.

During the summit, leaders from the world’s largest economies addressed the impact of the 2008 downfall, and proposed changes in the way business is done in capital markets, and then… there were rules, the assignment of rules and legislation found a useful home with the CFTC, SEC, ESMA and EMIR, and not to forget MiFID II.

All eyes were on OTC products, and the G20 leaders were committed to strengthening the regulatory oversight of over-the-counter (OTC) derivatives markets, including commitment to implement requirements in relation to mandatory clearing through central counterparties, reporting to trade repositories, and where appropriate, trading on exchanges or electronic trading platforms.

The main FX  products the CFTC has declared as a swap are NDFs and FX Options. Under the SEF these instruments face mandatory clearing on the SEF. Although both products are important, their volumetric presence is mild, although volatility in emerging market currencies is on the rise.

A total of 19 firms have submitted their applications, with the CFTC confirming temporary approval status to several firms, in a last-minute rush ICAP and Reuters FXall were the main FX players to receive confirmations. SuperDerivatives was one of the last firms to sneak-in their application before takeoff.

The SEF story has several chapters and Forex Magnates will be continuing its coverage on the matter. On a note, depending on what side of the fence you sit on, volumes on the first day of trading at EBS were down by 50% on NDFs, a source close to the firm informed Forex Magnates.

We can end on words of wisdom revealed to Forex Magnates yesterday by Bloomberg’s Global Head of FX, Tod Van Name, “We are in an uneven regulatory environment”.