Thomson Reuters (NYSE:TRI) has reported its FX trading volumes for the month ending May 2016, having undergone an uneven month overall in terms of spot and total product volumes, according to a Thomson Reuters statement.

Thomson Reuters, like many other institutional FX venues, has been in the midst of a tranquil period of volumes extending back to the beginning of the year. As is the case with other exchanges in the industry, Thomson Reuters has undergone a consecutive monthly decline in its FX spot volumes, with May 2016 being no exception. 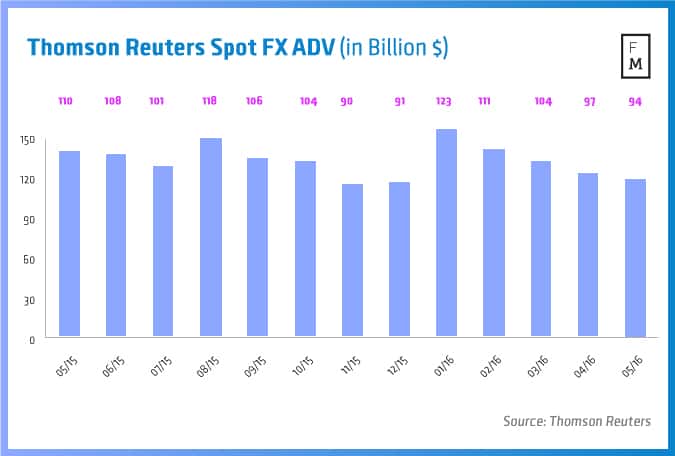 Thomson Reuters made headlines earlier this month after it launched a new FX service, theWM/Reuters 2pm CET benchmark, which was geared towards corporates that need to value, hedge and/or settle cross-border transactions.

Share this article
Tags: Thomson Reuters
Got a news tip? Let Us Know