On the heels of a meeting involving the collective entities of the Moscow Exchange earlier this week, a decision has been made to foster transparent multi-asset trading practices in Russia, specifically in the area of algorithmic trading, according to a Moscow Exchange statement.

Russia’s Exchange Council, which is composed of a consultative and advisory arm of the Moscow Exchange, has opted to tackle bourgeoning issues in trading integrity in 2014, an initiative it thinks would be accomplished via algorithmic trading. This advanced technology is prevalent across several asset classes already, namely forex and derivatives, and has been integrated across a number of brokerages and exchanges globally. 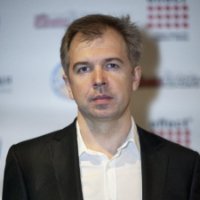 In addition to this aim, the Exchange Council has also prioritized a consolidated collateral and margining system for the Moscow Exchange’s market clients, in essence melding a variety of functions and channels into one cohesive trading and clearing platform, irrespective of asset class. This represents just another goal of the Exchange, which has been particularly active in fortifying its trading and FX capabilities this year, already having reached robust levels as of late.

The body responsible for implementing these market-wide changes will ultimately fall to a newly designed task force, whose main proprietary function will be the promotion of algorithmic trading – the main engine for this new policy, which will be headed by Sergey Romanchuk, Head of Metallinvestbank’s Dealing Center.