ICAP, a leading interdealer brokerage and provider of several financial and information services, has announced the launch of the Australian Dollar (AUD) on its i-Swap platform in Australia, according to a recent ICAP statement. 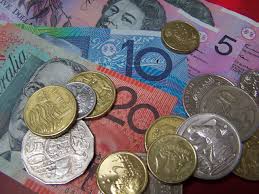 The announcement heralds the offering of the AUD on the i-Swap platform, joining an already robust group that includes the USD, GBP, and Euro. The inclusion of the AUD by ICAP is significant in that it’s the first such offering in the Southern hemisphere, designed as part of a wider initiative to foster greater client exposure, requisite upon dynamic regulatory forces in Asia.

According to Don McClumpha, CEO of i-Swap in a statement on the launch, “I’m delighted that we have launched i-Swap in Australian Dollar. It is the world’s fifth largest currency and supports our thriving broking business in the Australian market. i-Swap will continue to facilitate the transition from a predominately voice-brokered environment to a cost-efficient and transparent electronic trading venue for customers in this market, as it has done in USD and Euro.”

The i-Swap platform has experienced widespread success, specifically across the Euro leg of its operations, which was initiated back in 2010. Furthermore, the USD aspect of the platform is fully transparent and functions under the mantle and compliance of the Dodd-Frank Act.