Looking at Average Daily Volumes (ADVs), the figure stood at $27.1 billion, registering a milder month-on-month and year-on-year decline of 3 percent. The numbers are consistent with a typical slowdown in summer trading months, especially on the institutional side of the foreign exchange market. 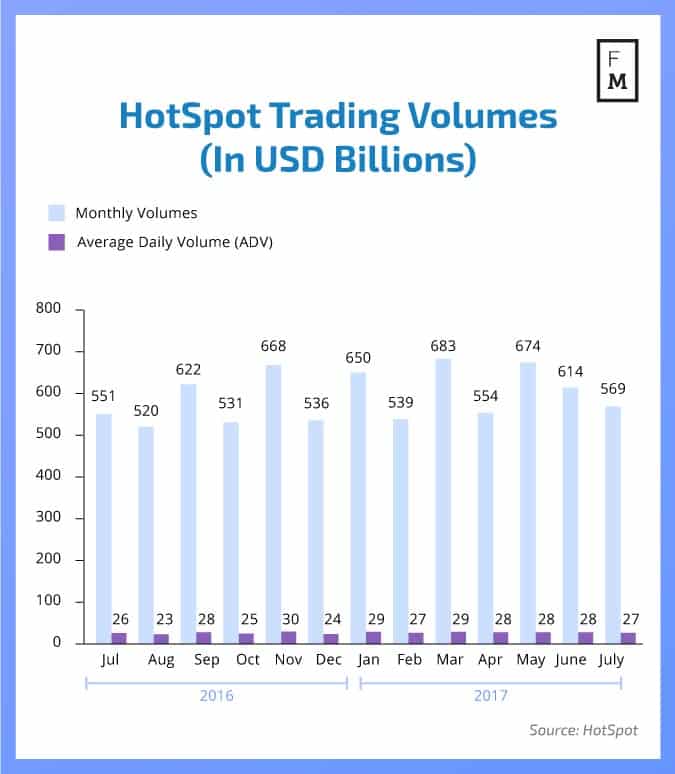 The figures are the second lowest this year after February. The most active trigger for the US dollar during the month was political turmoil in the Trump administration which could result in more volatility throughout the fall.

Central Bank speakers in Jackson Hole include Mario Draghi this year, who is widely touted to commit to signal the unwind of unconventional measures by the ECB. Watchers of the central bank chief have been widely encouraged to buy the single European currency in recent weeks in speculation that quantitative easing is on its way to being phased out.

With the Trump administration facing substantial challenges and more central bankers committing to tightening monetary conditions, support for the USD from carry trades is rapidly fading. Further volatility in the USD index will be the key trigger for trading volumes in the coming months.