July is turning out to have been a poor month for FX trading. So far, average daily volumes (ADV) from Hotspot FX revealed activity on the ECN during July at its lowest level since December 2012. Also, figures from the CME Group showed futures and options trading of FX products were at 11 month lows.

Following that trend, interdealer broker ICAP has announced trading results of its electronic platforms. Overall, ADVs along all of ICAP’s electronic trading segments which include US Treasury, US Repo, European Repo and FX products all declined compared to June’s results.

For the month, FX ADV on EBS were $82.1 billion, 19% below June’s $100.8 billion figure, but 16% above the same period in 2015. As seen in the chart below, the decline in volumes marked a twelve month low on the EBS platform. In regards to what drove volumes lower, ICAP didn’t provide specific explanations, but a representative of the firm noted to Finance Magnates that in the FX market “G7 pairs saw mixed volatility during July.” 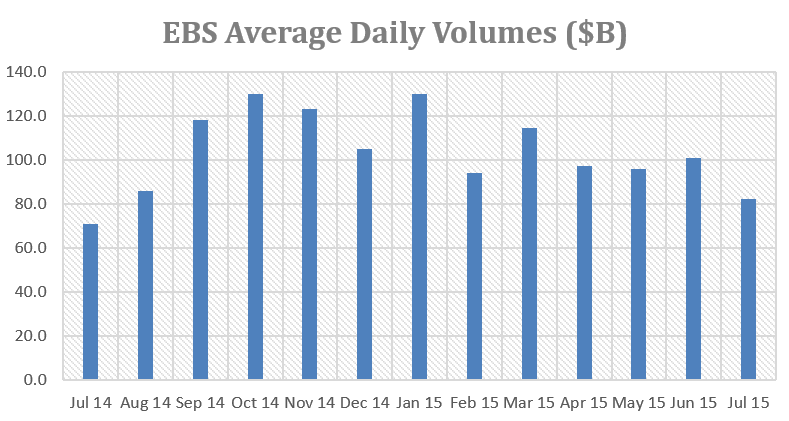