FastMatch, an online foreign exchange (FX) electronic communications network (ECN) has reported an increase in trading volumes for the month of April both on a monthly and annual basis.

The latest figures follow what was basically a flat month in March, in part due to the Easter holidays where $232.5 billion was transacted through the ECN. 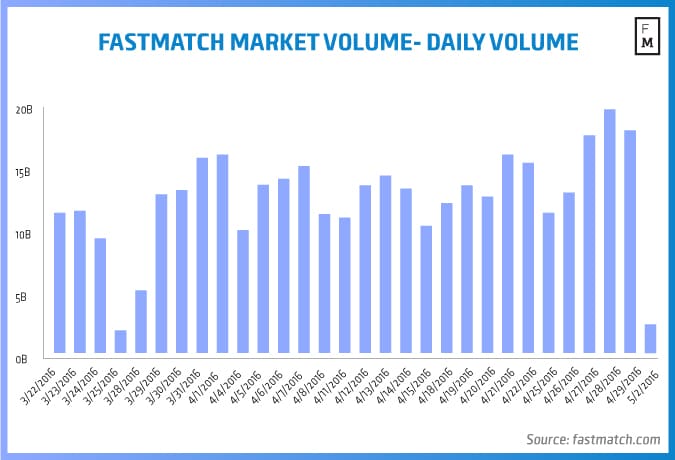 April’s figures revealed a monthly volume of $227.1 billion. Despite the higher average daily volume, the overall monthly volume was seemingly lower than the previous month as April had only 21 working days while March had 23 days for trading.