Traders in the world’s most liquid asset class have gained confidence after changes at the world’s most influential banking institute, the Federal Reserve, have calmed down volatility after months of erratic moves in the markets. One of the world’s largest trading venues for global currencies has reported trading volumes for the month of January.

Thomson Reuters, the UK-based dealer, saw volumes expand throughout the month with average daily trading volume reaching a formidable $117 billion. The moves come on the back of a sharp drop in trading activity in the latter stages of 2013 after the US government shutdown and the on-going tapering debacle kept traders on the sidelines.

January is commonly known as the ‘starter’ month of the year with volumes gradually picking up after the festive break in December before peaking in March and April. Thomson Reuters’ January ADV in 2012 and 2013 were $127 billion and $126 billion respectively. Thomson Reuters’ average daily FX Spot volume for the month of January 2014 was $117 billion (single count). This figure represents a 27% increase month-on- month as traded on Thomson Reuters Dealing, Matching and Reuters Trading for FX.

After dropping below the psychological one hundred billion traded a day in October and December 2013 (December $92 billion), Thomson Reuters volumes shows how sentiment among leading participants has changed as markets are expected to stabilize.

FXall, a foreign exchange ECN owned by Thomson Reuters also saw positive volumes during the month. Average daily volume (ADV) traded on the FXall platform for the month of January 2014 was $123 billion (single count). This figure represents increases of 23% month-on-month and 13% year-on-year basis.

Apart from an uptake in overall trading activity in January, Thomson Reuters reported that its Chinese yuan offering, traded in Hong Kong, CNH, saw record trading volumes. The firm reported that there was a record single day trading volume of $197 billion which was reached on Thomson Reuters’ relationship trading FXall platform on Wednesday 29 January. In addition, CNH volumes on both of Thomson Reuters venues, Matching and FXall, climbed to record highs and became the 7th most traded pair by volume on Matching.

Jon Vollemaere, Founder of R5, an emerging market currencies focused portal, commented to Forex Magnates about the increasing volumes in the yuan, he said: “Trading activity in currencies such as the RMB and Ruble are inevitable as governments and policy makers introduce reforms to liberalize the currency.”

Thomson Reuters offers a range of solutions to banks and institutions in the foreign exchange market. According to its website, the Matching solution; “Is an anonymous electronic matching application for the foreign exchange market. Thomson Reuters Forward Matching provides real-time executable prices for 85 currency pairs and tenors ranging from overnight to one year. It is currently available in over 45 countries and more than 800 banks subscribe to the service.”

Emerging market currencies have been on the wrong end of the greenback with pairs such as the Indian rupee (INR) weakening over the last three years. The INR contract dipped over 20% in 2013.

The Chinese yuan or Renminbi (RMB) was pegged against the dollar but is now operating under a managed float exchange rate and trades in a certain boundary throughout the day. Due to currency controls and restrictions in mainland China, the RMB is traded as an off-shore cross in Hong Kong, as the CNH.

“The CNH HIBOR benchmark will be a significant piece of financial infrastructure for the offshore RMB market. Its launch will support the growth of the RMB market by providing a benchmark for loan facilities,” said Peter Pang, Chairman of the Executive Board of the TMA and Deputy Chief Executive of the Hong Kong Monetary Authority in a statement. 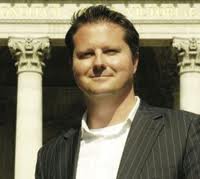 The offshore Yuan Hong Kong marker was supported by the issuance of RMB Bonds in 2007; this was followed by the first RMB Sovereign Bond in 2009.

Mr Weisberg added about the Yuan activity: “The record CNH volumes we saw in January underscore our customers’ interest in this globally important currency, as well as Thomson Reuters commitment to support FX market development in rapidly developing economies.”

The rapid increase in trading volumes is uncommon in the yuan, an unnamed trader from Hong Kong explained to Forex Magnates: “Don’t forget it’s the year of the horse, markets have galloped right at the end of the month, in time for the Chinese New Year, volumes are thin during this period therefore traders can take advantage by piling-in orders which will consequently cause sharp movements. The average trade size is around 50 to 100 million which can impact the markets.”

Currency futures volumes for January 2014 in the RMB traded on the Hong Kong derivatives exchange, HKEx, increased 40% from figures reported a year earlier.