Thomson Reuters (NYSE: TRI) has reported its financial metrics for Q3 2017 ending September 30, 2017, which displayed higher profits and flat revenues, according to a Thomson Reuters statement.

The global information provider attributed the flat change in revenues to the growth in recurring revenues and a positive impact from foreign currency. At constant currency, revenues increased 1%.

By geography, revenues were up 3% in the Americas, up 2% in Asia, and decreased 1% in Europe, Middle East and Africa (EMEA). Recurring revenues grew 1 percent (77 percent of the segment’s revenues in the quarter). Furthermore, transactional revenues rose 7% (15% of total) due to increased revenue from Tradeweb and contributions from acquisitions.

In terms of Thomson Reuters’ operating income for Q3 2017, the figure has yielded a profit of $467 million – this represents a jump of 21 percent year-over-year from $385 million in Q3 2016. The New York headquartered organization attributed the increase to higher revenues and lower expenses, which reflected the impact of transformation initiatives to simplify the business, as well as a gain on the sale of an investment.

Commenting in a recent statement on the quarterly metrics, James C. Smith, President and CEO of Thomson Reuters, said: “It is gratifying to see that the progress we have made over the last several years is continuing to pay off. And, despite lower than expected revenue growth for the quarter, margins continue to improve and our most promising growth initiatives are performing well. We will continue to manage the things within our control with the same rigor and discipline that has turned around our organization, in order to build maximum sustainable long-term profit growth. Our transformation efforts should continue to generate bottom-line growth and provide the added fuel we need to accelerate top-line growth in the future.”

Join us at FM London Summit to Discuss the Latest in Online FX Industry. Learn more about the agenda of Europe’s largest FX industry event. 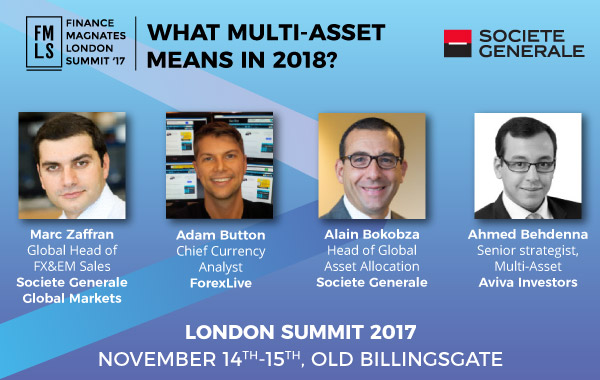