The Singapore Exchange (SGX) has just reported its monthly statistics and volumes measures across its derivatives and commodities business for the month ending April 2016, which took a step back, paring the majority of its gains seen in March, according to an SGX statement.

SGX’s derivatives business followed the same path in April 2016, failing to build on last month’s momentum. April 2016’s volumes took a tumble to 14.9 million contracts traded, vs. 17.1 million contracts in March 2016, or -12.9% MoM. The narrative was similar across a yearly interval, with the latest tranche of volumes coming up short by -8.0% from April 2015. 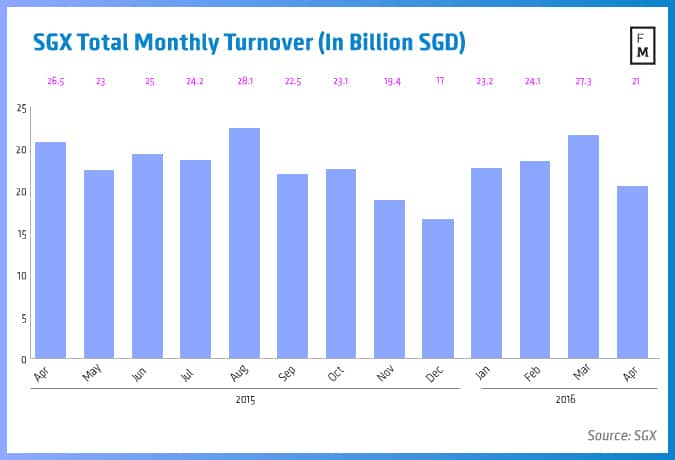