Nasdaq (Nasdaq:NDAQ), the second-largest exchange in the world by market capitalization, has reported its latest tranche of trading volumes and metrics for the month ending June 2016, having rebounded strongly to notch fresh 2016 highs after months of diminishing figures, per a recent Nasdaq statement.

During June 2016, Nasdaq finally shook out of a narrow consolidation that had shackled its equity derivatives business – this was reflected in a figure of 81.0 million contracts, exploding by a factor of 22.7% MoM from 66.0 million contracts in May 2016, its highest performance thus far in 2016. This figure is also stronger when measured across a yearly timeframe, with the latest figures constituting a growth of 14.1% YoY from 71.0 million contracts in June 2015.

Last month, Nasdaq made headlines after Deutsche Börse AG completed the sale of International Securities Exchange Holdings Inc. (ISE) to the exchange, as it finished its divestiture of ISE for $1.1 billion. Nasdaq had also completed its acquisition of International Securities Exchange, after an earlier agreement with Deutsche Börse. 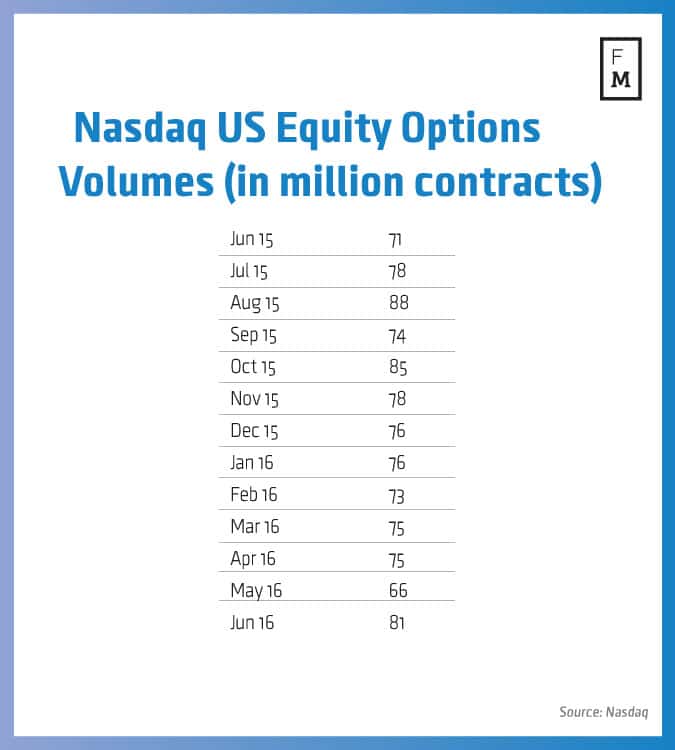