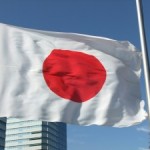 KVH, a leading Asian data-delivery provider whose products include data facilities and low latency fiber networks has announced the launch of “JPX-SGX Co-Location Direct.” Per the name, the offering is a new low latency direct connection between the Japan Exchange Group (JPX), which includes the Tokyo Stock and Osaka Securities Exchanges, and the Singapore Exchange (SGX). The rollout of the product is the result of a strategic alliance between the two exchanges that was signed in December 2014.

With JPX-SGX Co-Location Direct, KVH will be placing point of presence (POP) within each exchange’s data center. This will enable local traders to connect to the single point to access both of the financial markets via KVH’s low latency network.

The launch of JPX-SGX Co-Location Direct occurs as cross border Tokyo/Singapore trading has increased since the turn of the millennium, partially due to dropping fiber costs associated with trading instantly between the two financial markets. In addition, due to regulatory restrictions involved with entering the Japanese market, many financial firms have made Singapore their home, with the financial hub becoming the top Asian center for forex trading according to the Bank of International Settlements Triennial 2013 FX Survey. As a result, this has caused demand to increase between Japanese firms, electing to trade with the increasing group of market participants arriving in Singapore and vice versa.

Commenting on the product launch, KVH President and CEO Ted Higase stated in the firm’s public remarks, “Serving the capital markets is part of KVH’s DNA and has been a prime focus since our beginning.” Higase added, “We are honored to serve the mission-critical needs of trading participants between both Singapore and Tokyo and bring added value through our robust network and complementary services.”