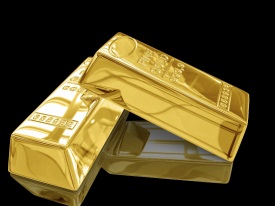 Japan’s premier commodity bourse, the Tokyo Commodity Exchange (TOCOM), announced trade volumes for the month of May. The exchange witnessed a massive dip in trade volumes, with the largest fall in its benchmark yellow metal contract.

The surge in commodity trading in April backed up by volatility and major price movements in precious metals saw record trading at exchanges. The dip in volumes in May is attributed to a lower volatility in the commodity markets from the previous month.

In addition, the markets reacted in April to the Federal Reserve Banks ( FRB) discussions on possible QE3 reductions. Commodity trading is heavily weighted to China, the largest consumer of major commodities, the world’s second biggest economy, announced that their GDP (in 2013 ) was suffering and may not meet previous expectations.

May has been a busy month for Japan’s equity markets and the wider region, stock markets declined across Asia after China’s Purchasing Managers’ Index (PMI) dropped below 50 on May 23. In Japan, the Nikkei Stock Average fell 1,143 yen in one day.

Japan has been one of the leading markets for commodity trading, TOCOM, was once regarded as the world’s second-largest commodities exchange after the New York Mercantile Exchange. As a result of government changes to protect individuals investors, traders have shied away and TOCOM has been overtaken by China’s Shanghai and Dalian exchanges.

The top commodity brokers with the highest trading volume in standard Gold contracts (according to data on the exchange’s website):

On a global scale commodity exchanges have been propping up across countries that are developing their financial markets structure, Asia has been leading the front with markets like; Nepal, China and India each holding more then four commodity trading exchanges.

Alex Krainer, a portfolio manager of the AITF fund at Altana Wealth, an asset management firm, believes commodities will continue to hold solace as an alternative asset class for investors. In a talk with Forex Magnates, he says: “Commodity prices might be headed higher despite the fact that we are headed for a global economic recession. Past ten years’ rise in commodity prices has fully reversed a century of steady declines. Keep in mind that the last century saw a 3-fold increase in world population and a 20-fold expansion of the world economy. Economic growth can only account for a part of the dramatic reversal in commodity prices – the other part has to do with the erosion of purchasing power of the US Dollar as well as other major currencies. This erosion is likely to continue taking commodity prices considerably higher over the coming years.“