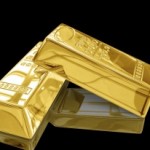 With gold prices plummeting $250 from Friday to a low of $1316 on Monday, and bouncing briefly back above $1400 yesterday, trading volumes have exploded for both OTC and exchange traded offerings. The sharp drop below $1500, at what was seen as critical support, triggered margin relating selling in early trading on Monday in Asia, which continued throughout the day. The volatility also attracted speculators who were clamoring in to bet on a bounce or take advantage of the weakness.

Due to the dual forces, the CME announced that it had achieved multiple volume records in its Metal’s division. Overall, the unit recorded total options and futures volume of 1,478,376 contracts on Monday, a 78% increase over the previous record. In individual products, Gold futures registered 751,058 contracts, a 54% increase from the previous high set in November. In addition to Gold, Copper products also experienced record trading levels. Elsewhere, the widely traded SPDR Gold ETF (GLD) recorded a record 93 million shares traded on Monday, more than seven times its three month average of volumes.  However, the volumes did come with their problems, as smaller venues are reporting disruptions due to the surge in volumes and price activity.

For brokers, the volatility continues what has been a strong year so far for volumes among all asset classes. In FX specifically, volumes have been well outperforming 2012 levels due in part to the Yen’s massive weakening as well as fluctuations taking place in the Euro. The moves in gold have also helped FX as overall volatility has risen for major asset classes.  The one drawback of the volumes is that it has come at the expense of major losses from clients that were holding gold.  As such, like other periods of sharp volatility, we could see retail volumes subside for a while as bitten customers leave the market.

With the bulk of Cyprus based forex and CFD brokers operating dealing desks, they have been direct beneficiaries of the drop in Gold prices as well as overall volume increases in 2013. The silver lining comes as they are battling issues of client withdrawals as many of them are out calming customer worries about their Cyprus location. Now, another worry has cropped up for the country. To raise funds as part of Cyprus’s agreement to secure bailout loans, the government has approved the selling of gold from its reserves with the target of raising €400 million. However, the worries that Cyprus’s sales will depress the market, along with other factors prices of Gold have been pounded lower which could affect the net results of an asset sale. As such, the drop in prices could affect the government’s next steps in its goal of raising enough cash to meet its lending proposals. (more on Cyprus’ total reserves)

at the same time, investors who are optimistic on gold hitting the all important $2000 mark then – gold is cheap!

With no banks, no gold reserves and bank accounts having 60% removed, surely that is all of the assets removed from the entire country and still the bailout doesn’t cover the debt even after these measures. The future?…..