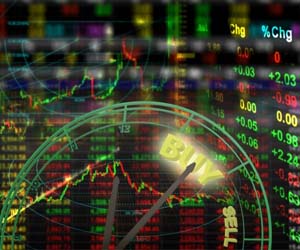 Trading volumes increased significantly at Eurex Exchange, in the benchmark equity derivatives index contracts as the instrument crosses new highs. On the 16th of March, the German equity index that measures the performance of individual stocks, spiked to a new high, surpassing the 12,200 mark. The move highlights the role price volatility and trader sentiment has with trading volumes.

Europe’s quantitative easing program has had a positive impact on the German economy thus pushing forward the country’s benchmark index. The DAX which consists of 30 of the largest German companies benefited from an overall boost of global market factors. The DAX crossed the formidable 12,000 market for the first time thus signifying prosperity in the troubled region that faces dismantle with the Greece situation.

The sharp rise impacted trading volumes with the largest trading venue for German products, Eurex, seeing a 58% increase in volumes. On the 16th of March 2015, a total of 4.2 million futures contracts were executed at the venue. Volumes started to increase from the 12th of March after daily transactions crossed 2 million.

A weak Euro, low energy prices and the QE have supported the German economy. The DAX has been rising substantially this year, seeing an increase of 24%. However, the DAX is not alone in its fight of glory. Last month, Korea’s main benchmark index, crossed a six-year high as investors were bullish that the economy was growing despite regional tensions.

“The falling Euro has come as a gift for German firm’s exporting their products, most companies on the DAX transact in the dollar and the recent weakness in the Euro couldn’t have come at a better time,” explained Arek Okrasa of London-Trader.

FX brokers’ offer a range of margin products including commodities and indices apart from major and minor currency pairs, since the January 15 crisis a number of FX traders have been exploring new asset classes as they diversify their portfolio. In addition, firms are seeing traditional share investors re-enter the marketplace as equity markets rally on the news of upbeat GDP in major markets.

African-based FX brokerage firm, Tickmill is the latest firm to extend its product range; the firm reported that it had added major indices from Germany, Japan, Europe, the United Kingdom, the USA and an energy derivatives contract. The firm’s CEO, Sudhanshu Agarwal commented in a statement, he said: “This is a very important step forward for Tickmill as CFDs are popular and widely traded instruments.”