A report on the most liquid markets in the GCC area was recently published, showing that the Saudi Bourse ranked at number one with $449 billion in market value in 2016.

The Saudi Bourse was followed by Saudi Arabia, which showed a result of $222 billion. The United Arab Emirates’ (UAE) financial markets were third on the list, with total trading volumes estimated at $155.5 billion in securities in 2016. 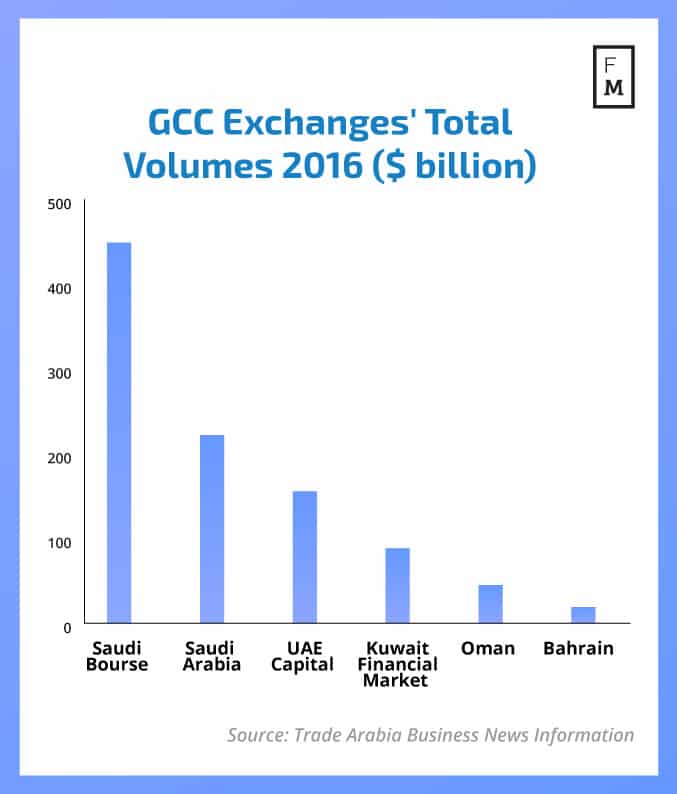 The Kuwaiti financial markets came in fourth place with $88.3 billion, and Oman was fifth with $45 billion. Bahrain came in at number six with a result of $19.2 billion, according to the UAE official news agency WAM.

Among all 126 listed financial entities, which included foreign firms, UAE markets were ranked highly. Banks, insurance, and property firms constitute a significant part of the UAE markets, These, in turn, are more than 50 percent of the total entities listed under the Abu Dhabi Securities Exchange and Dubai’s Financial Market.

In terms of trading values, the United Arab Emirates had a turnover worth $50 billion in 2016. The Saudi market hit the $308 billion mark, while the Kuwaiti financial market reached $9.5 billion.

Last week, Finance Magnates covered the Emirates NBD Group, a major bank in the United Arab Emirates and in the Middle East region, being named a general clearing member by the UAE’s Securities and Commodities Authority (SCA). The regulatory approval means that the banking group can now enable DFM and ADX clients to have their clearing obligations for trades on the exchange by Emirates NBD.