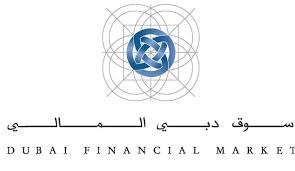 Uncertainty in the international energy markets had little or no impact on Dubai Financial Market, a listed trading venue in the UAE. The bourse reported strong gains in revenues which skyrocketed on a year-on- year basis. Total revenues were up 107% in 2014. The move signifies the role of positive sentiment in financial markets, driven by strong prospects of economic growth in the frontier market as it awaits Expo 2020, a global registered exposition.

The trading bourse reported strong gains for 2014 driven by trader demand. The company recorded a net profit of $206.7 million, compared to $77.3 million in 2013. The venue saw gains across the board, with revenues also increasing on a YoY basis, adding in a statement that total revenues increased 107 percent to $254 million last year, compared to $123 million in figures reported a year earlier.

Essa Kazim, Chairman of Dubai Financial Market, commented in a statement: “We believe that 2014 was a turning-point year in DFM’s progress journey in light of the huge successes and achievements the company achieved as a direct result of the effectiveness and success of the growth strategy adopted and supervised by the board of directors.”

The UAE is one of the most established regions for multi-asset trading in financial markets. The country has a strong regulatory environment that mirrors the developed world with the DFSA  working to international standards. Apart from equities trading the country has quickly become a centre for commodity and derivatives trading under the DME and DGCX, both offering access to metals and currency derivatives instruments.

Forex and CFD providers have been attracted to the UAE as it provides access to the affluent GCC and wider Middle Eastern and South Asian markets. A number of global brokers operate under different regulatory structures in the Emirate with Saxo Bank registered with the DFSA on the one hand, and ADS Securities authorized by the central bank on the other hand.

Developments continued at the Abu Dhabi stock exchange adding the National Bank of Abu Dhabi as the first market maker on the bourse. The bank has a paid-up capital of $8 million and will provide liquidity on four blue chip stocks, including Aldar, FGB, Waha Capital and Abu Dhabi Commercial Bank. The market maker will add liquidity to the marketplace and will aim to balance supply and demand for shares by guaranteeing to hold a certain number of them to facilitate buying and selling in all market conditions.

IronFX became the latest international provider to enter the thriving Middle Eastern market. The firm gained authorisation under the DFSA and will offer its financial products to professional investors.

Share this article
Tags: dubai
Got a news tip? Let Us Know