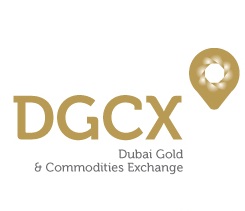 The Dubai Gold and Commodities Exchange has released its monthly metrics for March in a press release on its website. Monthly figures have increased by 2% over February to 1,023,410 contracts, which are valued at $30.15 billion. First quarter volumes have crossed the three million contracts mark.

The main highlights when the figures are broken down by assets are related to DGCX’s commodities futures figures. Gold trading has increased by 32%, while WTI crude oil contracts have spiked higher by 114% on a year-on-year basis. Gold trading volumes are therefore at their highest level in 12 months, which is not a big surprise, considering the asset’s increased volatility that accompanied the geopolitical tensions that were triggered in the past couple of months.

On the FX front the Euro and the Indian Rupee Mini contracts have traded in March at their second highest Average Daily Open Interest totalling 1,806 (up by 66% year-on-year) and 6,016 contracts.

The CEO of the DGCX, Gary Anderson has highlighted that the exchange plans to launch  new products: “the Exchange’s flagship contract provides an effective hedging mechanism that is particularly valuable to gold markets in Asian hubs like Singapore, which have substantial gold trading links with Dubai. We will also launch a Spot Gold contract in June this year which will complement our existing gold futures to create a larger gold ecosystem in Dubai. Once launched, we believe the DGCX Spot Gold contract will add significant value to local physical market participants since it fills the gap for a physically delivered contract.”