The Chicago Board Options Exchange (CBOE) Holdings (NASDAQ: CBOE), a paramount operator of the US equity options market, has reported its volumes for the month ending November 2015, according to a CBOE statement.

The recent downtrodden figures were also lower over a yearly timeframe, with November 2015’s volumes at the CBOE marking a decrease of -3.5% YoY from 85.5 million contracts in November 2014. 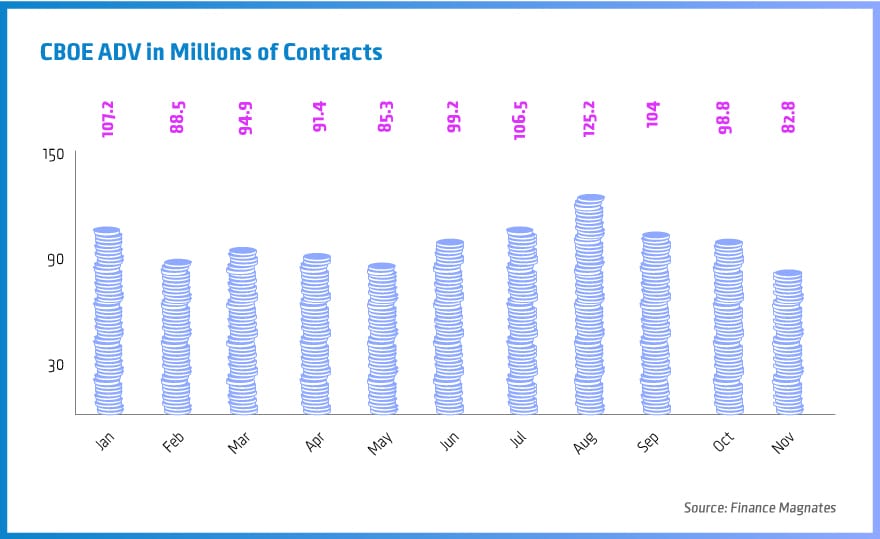 Yesterday, CBOE revealed that it would be launching a suite of new options for two FTE Russell indices – the FTSE 100 and the FTSE China 50 – to help provide investors with access to the most liquid markets segments in the UK and China. The new options are based on mini versions of the FTSE 100 index, comprised of 100 blue-chip companies in the UK, and the FTSE China 50, which includes the country’s largest companies listed on the Stock Exchange of Hong Kong.

Share this article
Tags: CBOE / options
Got a news tip? Let Us Know