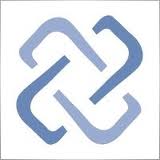 While the 5th version of Metaquotes’ MetaTrader trading platform has not exactly been embraced by foreign exchange traders worldwide, the company has issued an announcement that the largest independent Brazilian brokerage XP Investimentos has officially launched MetaTrader 5 (MT5) for its clients trading Brazilian equities.

MT5 has been integrated with BOVESPA since 2012, however only after a rigorous testing process had been diligently passed throughout a long beta testing process which started about 10 months ago, the Brazilian brokerage decided to roll out the platform to all of its customers.

The push by MetaQuotes into the securities market comes as Forex Magnates’ reporters  learned that the platform might become available for trading with a large US-based multi-asset broker.

Connectivity to the São Paulo Stock Exchange, BM&FBovespa has been realized through a dedicated gateway providing exact trading execution and timely delivery of market quotes.

The CEO of XP Investimentos, Guilherme Benchimol, has stated in the announcement  “For more than 10 months, MetaTrader 5 was available only to 100 users selected for beta testing of the product. Only after the final debugging of all processes, trading with MetaTrader 5 became available to all our clients.”

Share this article
Tags: metaquotes / mt5
Got a news tip? Let Us Know