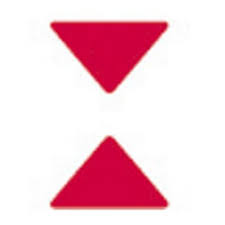 One of Germany’s most established trading venues, Borse Berlin, dating back to the 1680s, has reported annual operating metrics for 2014. The venue reported an uptake in the volume and value of transactions executed over the last twelve months. The total value of trades exceeded $66 billion, thus showing an increase of 13% on a year-over-year basis. The figures signify the positives for global equity markets as investors explore stable investment products.

Borse Berlin reported positive data across its offering including its Equiduct product range. The Berlin-based exchange’s electronic trading solution, Equiduct, saw trading volumes increase 21.6% – from $45.2 billion in 2013 to $55 billion. The exchange also saw the number of transactions increase from 6.1 million to 7.9 million, a year-on-year growth of 29.5%.

Venues across Europe have been on the positive end of activity in the second half of 2014. A spree of events supported trader involvement post-Summer trading, as key fundamental events took place in Europe with central banker M. Draghi taking side steps on the rejuvenation programme. Traders also saw movements in the UK’s pound sterling with the Scottish elections.

Traders have also been on the “other” side of global markets with oil suffering a hefty slump due to the ongoing Russian and Iraqi dilemmas adding to international worries. Additionally, the US and its shale gas projects have been creating a cause for concern for OPEC members, as the energy-price-controller has started seeing trouble with its governance of the approved price of oil per barrel. This coupled with China’s general economic slowdown has reduced demand for energy instruments.

Equiduct competes with European exchanges as it provides various functions to measure and gauge investor sentiment. The product displays Equiduct’s pan-European consolidated order book in real time. The product also has a historical (replay) view to show market conditions at the time of any trade and assess whether your orders have been executed at the best price.