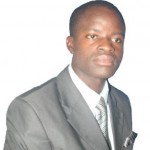 This guest article was written by Alfrick Opidi who is the CEO and owner of ForexTradingWriters, a company dedicated to providing quality, useful, and accurate content to the online financial industry

Investors’ interest throughout the world has been fixated on Europe and the debt crisis that threatens to wipe away the bloc’s 16-year-old shared currency – the crown jewel that unites 19 countries on the continent.

As the region’s economic crisis drags on, key questions remain concerning whether the euro currency will weather the storm in the long-term.

The outlines of European Union’s economic problems are widely known, revolving around the issue of Greece and its unsustainable debts, and the spirited fights made by its euro compatriots to bring it back on its feet.

Amidst the grim fundamental condition of the euro-zone, Greece is still continuing to drag the region further into its financial abyss.

On July 13, European leaders, after intense negotiations, unanimously agreed to give Greece a third bailout in five years, worth up to €86 billion. Even though this brought some relief to the unity of the six-decade-old euro-zone project, the woes of the region are still far from over.

The European Commission projects the region’s economy to expand by just 1.5% in 2015, about half the pace of the United States. France, the second biggest economy in the region after Germany, is estimated to grow by 1.1% in 2015 and by 1.7% in 2016. Greece, where the region’s debt bomb blasted more than five years ago, is forecast to grow by 0.5% this year.

The unemployment rate in the euro-zone is projected to remain unbearably high for a long time. The European Commission forecasts that it will slowly decrease from a projected 11% in 2015 to 10.5% next year.

So, amidst the grim fundamental conditions of the euro-zone, Greece still continues to drag the region further into its financial abyss. In the next few years, the region will be focused on assisting Greece on its way to recovery, instead of focusing on economic growth.

For example, Germany, which has already lent Greece €57 billion in the past, may yield to pressure to add more funds to the new Greece bailout drama. Therefore, the legacy of the debt crisis will still be felt in the coming years.

When the euro currency was launched on January 1, 1999, it fell drastically that year, tumbling about 14% by December 31. The euro then struck parity with the greenback in January 2000. However, in October of that year, it depreciated as low as $0.83 to the dollar.

The euro currency has been weighed down by the region’s economic problems and has plummeted by about 10% against the greenback.

It seems the euro-zone’s official currency is once again approaching parity with the greenback. This is something traders have not seen since 2002. The euro hit a 12-year low of $1.04510 against the U.S. dollar earlier this year in the month of March.

Since the start of this year, the euro currency has mainly been saddled with the region’s economic problems and it plummeted by about 10% against the greenback.

Amidst the dismal performance of the world’s most ambitious financial experiment, the outlook for the common currency is dreary.

So, as long as the euro-zone is still sorting through the ongoing debt crisis, the way forward for the euro currency is dismal, and it may fall further – possibly testing parity before the end of this year.

Alfrick Opidi is the CEO and owner of ForexTradingWriters, a company dedicated to providing quality, useful, and accurate content to the online financial industry. Mr. Alfrick has a passion for the financial markets, particularly in providing investors with up-to-date information to make informed decisions.

Share this article
Tags: Community / eurozone
Got a news tip? Let Us Know

Pretty unfortunate that, once again, it’s Germany that’s triggering all the rancor, and over what? It’s trifling compared to the bigger picture.

The Euro-Zone Crisis—Which Way Forward for the Euro Currency?
wpDiscuz