It’s been five years since we reviewed cTrader for the first time. The creation of Spotware Systems, cTrader was launched as an ECN alternative to MetaTrader 4, providing direct integration with liquidity providers without the need for a liquidity bridge solution.

The product’s introduction to the retail forex market came at a time when industry sentiment had begun to shift favorably towards straight through processing (STP), ECN style brokers. At the time of our first coverage in 2011, cTrader had been chosen by FxPro to power their new STP account type, and the broker eventually switched fully to this model in 2012 for all platforms.

While dealing desk brokers remain the vast majority of models being used in the retail forex industry, these firms have been affected by the wave of STP that was ushered in part through cTrader and other brokers. As a result, there has been more focus on execution quality and spreads taking place over the past five years. An example is with dynamic pricing that resembles ECNs becoming more common than fixed spreads.

Since launching in 2011, cTrader has grown to be used by both brokers and financial companies. Among them include the above-mentioned FxPro, Pepperstone, IC Markets, RoboForex and TMS. According to representatives from Spotware System, 2015 was a year of growth for cTrader, with December volumes on their platform increasing over 35% from January 2015. In addition, live cTrader accounts have risen 18.7% per quarter during 2015. 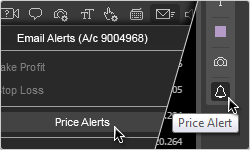 Offered initially as a desktop platform, Spotware has gone on to launch web and mobile versions of their platform. In addition, the company embraced the cloud in 2013 with several updates. Among them was the cTrader ID which allowed customers to save favorites as well as customize their workspace and access the saved format across all devices. Also added was the Proxy Connectivity Cloud, a global group of connection points for localizing connectivity to reduce trading latency.

With an emphasis on the cloud and cross platform connectivity, Spotware’s first updates for 2016 have arrived on cTrader’s mobile and web platforms. Among feature updates are price alerts that can now be entered on the web and mobile apps, providing platform and email notifications. Also updated are font, design and chart size, becoming better formatted for smaller screens to increase productivity. Having been launched on the demo environment for cTrader, according to Spotware, the updates are expected to be rolled out to customers soon. 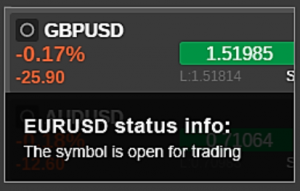 James Glyde, Business Development at Spotware Systems, explained to Finance Magnates that the company’s goal with mobile and cloud development is to provide a seamless experience across devices as he stated: “To put this into perspective, traders can enjoy a variety of viewing modes, indicators, chart objects, time frames, zoom levels, customization options and most importantly the same execution speeds.”

Glyde added that providing advanced solutions for mobile is important as it fits changing user habits within the connected world.  He explained: “The reality is that there is a huge demand from many regions and it is not just down to economical factors which would lead to what hardware is available to traders, it is a factor of personal preference too.”

Beyond the cloud, Spotware Systems also revealed to Finance Magnates that planned for 2016 are new features for their desktop platform. Heading the features is a market sentiment tool that will show the long and short percentage of positions of trading products across cTrader’s network of users.

Share this article
Tags: ctrader / spotware-systems
Got a news tip? Let Us Know