Only one day after an Israeli court froze local forex brokerage UTrade Premium’s investment activities, another brokerage has become entangled with the law. Yesterday, a class action was filed against USG Capital – Israel for a total of 70 million NIS (approximately 18 million USD) at the Tel-Aviv District Court, on the basis of unlicensed investment activities. In addition to the local firm, the class action suit targets International USG Capital Ltd., USG’s owner Atlantic Brokers, and Tomer Sinai, a major shareholder of all of these.

The class action was submitted by Dan Tzuk, an advocate that last year filed a 50 million NIS class action against UTrade Premium.

The suit was filed on behalf of Leon Afrimov, a USG client, who argued that besides running investments without a proper license, USG also charged commissions and management fees unlawfully.

Only two years ago, USG Capital had a brighter future, signing a partnership with one of Israel’s best known brands in Europe, Maccabi Tel Aviv basketball club, at that time the Euroleague champion. 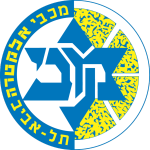 USG Capital has been an official advertiser of Maccabi Tel-Aviv, an accord which has granted it the right to use the team’s pictures in ads, along with a noteworthy visibility of the company’s logo during press conferences. An additional and no less important part of the deal was the company’s special booth in the stadium, a valuable perk for a broker to reward clients or incentivize employees and affiliates with.

Share this article
Tags: israel
Got a news tip? Let Us Know