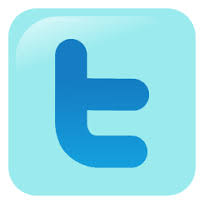 In a move to dysfunction one of the world’s most popular social media channels, Turkey’s controversial Prime Minister, Tayyip Erdogan, implemented a ban on the use of twitter in Turkey. The sanction had little or no effect on the 15,000 plus FX traders who are yet to take heed of twitter for trading, unlike traders in other regions such as the UK, who eat, sleep and drink twitter for FX.

Industry estimates suggest that there are over 10 million users of twitter in Turkey, the country has an internet savvy population with over 40% using Facebook. However, the county’s investor community has been slow to adopt the new generation of communication channels for news and sharing of trade ideas. “Turkish traders are slightly old-fashioned when you compare them to those in Western countries,” explained Saffet Ulker, a spokesperson for Integral Menkul, one of Turkey’s largest currency derivatives broker.

Brokers in Turkey saw little or no impact in trading activity, “It was business as normal,” explained one Istanbul-based FX broker.

To the advantage of traders in Turkey, twitter is not as prominent or widely used, otherwise things could get tough for the trading community. One Istanbul trader commented to Forex Magnates about the use of social media: “twitter is common in Turkey, but it’s used to check the latest political news, for trading I commonly use news sites to stay on top of what data is due and the effects of it.”

Although the current use of twitter is low for currency trading, data from accounts held by FX brokers and financial news sites shows that there is scope for the concept to grow. Several FX brokers’ twitter handles have over five thousand followers. In addition, brokers have been active despite the ban on twitter.

Twitter and financial markets are becoming a common duet as the use of real-time information is key when traders are making trading decisions. However, it has had its fair share of bad press, in April 2013, the Associated Press Twitter account was hacked, and a counterfeit tweet was published which had detrimental effects on the markets. The foul tweet sent the markets into a dilemma wiping $136.5 billion off the S&P 500 and the US benchmark index, the Dow 30 dropped 150 points.

The ban on twitter fell short with Turkish users using VPNs and DNS systems to bypass the ruling. The word ‘turkey twitter banned’ resulted in over 200 tweets in one hour.

Turkey’s FX market has seen a proliferation of broker-dealers, the latest figures show that 31 brokers are active in the country. To learn more about the uses of social media tools in Turkey’s FX industry, you can attend Forex Magnates’ upcoming Turkey FX Conference. Registration and entry are free.

Share this article
Tags: brokers / istanbul
Got a news tip? Let Us Know