One of the leading Swiss providers of foreign exchange trading services and electronic dealing in various types of financial instruments, Swissquote, has issued a press release to announce that it is entering a strategic partnership with Switzerland’s 5th largest retail bank – PostFinance. The financial services subsidiary of Swiss Post boasts around three million customers and manages customer assets totaling $127 billion (CHF 112 billion).

According to the news release Swissquote will leverage its online trading platform to PostFinance customers starting in autumn 2015, while PostFinance will acquire a 5% equity in the Swiss brokerage. The move aims to further develop the online brokerage businesses of both companies, resulting in a tight cooperation, but without any of the parties involved losing its own services. 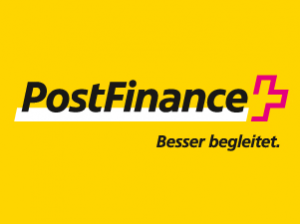 PostFinance has become one of the latest major retail banking institutions to announce its plans of launching an electronic trading platform. The convenience of real time dealing is appealing to customers, who are becoming more interested in alternative investment options as receiving record low interest rates on their savings accounts is driving them away from the safety of deposits.

With the demands of retail bank customers growing, Swissquote is becoming one of the major industry players which is about to actively engage bank retail customers. Merely a month ago tradable announced that it will be leveraging its platform to the biggest Turkish Investment Bank IS Investment, while Saxo Bank has been partnering with Citi since 2010 – a move that has contributed to a sustained growth period at the Danish bank.

PostFinance’s CEO, Hansruedi Köng explained, “The company chose Swissquote as our partner for our future e-trading platform because we were impressed by its services and its capacity to innovate.”

The partnership is subject to approval by the Swiss Financial Market Supervisory Authority (FINMA) which will look into the request over the next months. Swissquote’s shareholders will vote on a capital increase related to the 5% equity investment on the 7th of May. PostFinance was granted a banking and a securities dealer license last year, which turned the financial subsidiary of Swiss Post to the 5th largest bank in the country. The company also requires FINMA’s approval to be granted the permission to become an agent dealer and an acceptance point for around 60,000 e-trading customers.