SBI Holdings, a highly diverse financial group whose subsidiaries specialize in Forex, securities and banking services has just reported its third quarter financial results through the fiscal year ending in March 2014, highlighted by staunch growth in operating revenue across its financial services (41.7%) and asset management (105.1%) sectors.

Tokyo-based SBI Holdings oversees an overarching group that includes SBI Securities, SBI Group and SBI Liquidity Market – the latter specializing in Fx technology and liquidity solutions. The parent group has shown robust growth throughout the year with several moves into various avenues and Fx-related ventures by its subsidiaries, along with a willingness to expand its operations across several other asset classes.

Despite the huge gains in operating revenue, it was in the area of income that SBI Holdings saw its highest increases over a nine-month interval. Total income exploded to $353.8 million (¥36,139 million) during the nine months ending December 31, 2013, from $69.1 million (¥7,062 million) previously, representing a staggering 411.1% growth YoY. 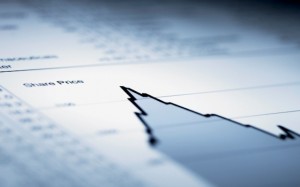 SBI Holdings’ (HKG:6488) company stock has experienced an uneven year thus far in 2014, retreating off a yearly high of $11.60 back in January. The nine-month window cited above witnessed a meteoric rise in share value from $5.80 that initiated in March 2013 and ultimately topped out at $14.10 during the beginning of May 2013. According to Forex Magnates’ research, the company presently trades at $9.52 per share, down nearly 18% since the start of the new year – ahead of the release, share prices were down -0.42%.