Photo: Bloomberg, Saxo Bank's logo at its headquarters in Copenhagen
Share this article

The latest volumes in November 2016 were reflective of a continued growth, coming in at $15.6 billion in average daily foreign exchange (FX) turnover for the month. This was good for a rise of 23.8% MoM from just $12.6 billion in the month prior.

Over a yearly timetable, Saxo Bank’s latest average daily turnover also scored a sizable gain en route to a rise of 50.0% YoY from $10.4 billion in November 2015. Looking over another key metric, Saxo Bank once again saw its total volume climb to a fresh 2016 high, this time inking a figure of $344.0 billion. 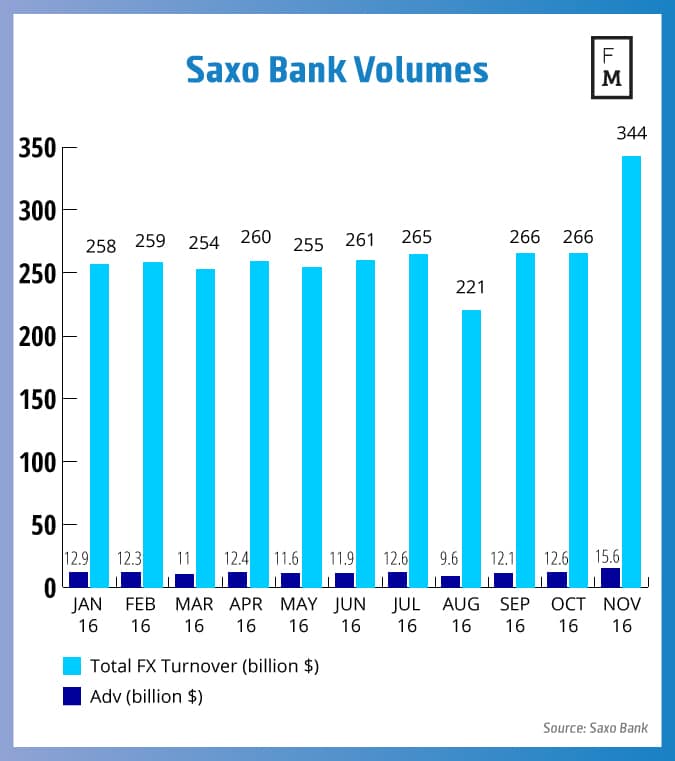