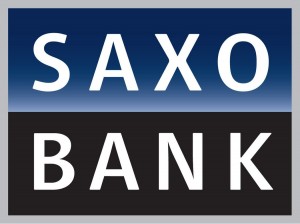 Volumes at Saxo Bank in March have dropped by 9% when compared to last month coming out at $239 billion. This concludes an overall strong quarter for the Danish broker, with the average monthly volume averaging $268 billion per month which is higher by 11% over the monthly average during the last quarter of 2013. Note that these are total trading volumes at the company.

Clients’ collateral deposit figures continued increasing marking a new record at 8.89. Overall the increased market activity during the quarter has contributed to a stabilisation on the recent decline in trading volumes that was observed in the latter part of 2013. The average daily volumes (ADV) have dropped markedly by 13.6% to $11.4 billion when compared the month of February, which had fewer trading days. Such levels are similar to the final quarter of 2013, but could be just a temporary hiccup.

With FX volatility in major pairs finally ticking up at the end of the first quarter, could we be in for a surprising return to the record figures observed a year ago, after the Bank of Japan embarked on an unprecedented scale to another round of quantitative easing policy?

The ECB has hinted in its press conference yesterday that they have discussed a form of quantitative easing to be implemented in the Euro Zone, however the form of such policy in the context of the banking system dependent economy has much to be debated about.