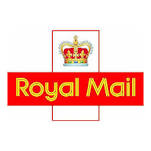 The recent IPO of Royal Mail, the UK’s main postal service, has boosted the UK’s financial trading environment, coupled with a high uptake of virgin and dormant investors entering the marketplace. In addition, the much awaited public to private listing saw a flurry of bets placed on the stock in the retail and institutional market during one of the UK’s largest and most anticipated public listings on a securities exchange.

Royal Mail’s history spans nearly five hundred years, established in 1516, the UK’s public postal service was one of the last major public companies to be privately held. The stock commenced trading in October 2013 and immediately became a constituent of the FTSE 100.

The issuing price of the stock was under speculation and market experts were unsure of the exact valuation of the giant postal service provider, as a result CFD brokers were offering a two-way price in the grey market prior to the release.

Ishaq Siddiqi, market strategist at ETX Capital, explained to Forex Magnates about how the firm performed during the period: “Royal Mail generated good business for ETX; we created a grey market for the stock in August 2013.”

The Power of the Public

Investors in the British Isles have a soft spot for public companies, as seen through previous public company IPOs, such as British Gas and British Telecom. For the Royal Mail listing, over 700,000 UK investors applied for stock ownership.

The IPO was one of the most followed financial news piece since the Lehman and AIG crisis of 2008; mainstream news providers such as the BBC and Sky News were regular contributors on the build up to the listing, thus creating interest among the masses.

Arek Okrasa, a CFD trainer from the London Trader, explained to Forex Magnates: “We received a spree of enquiries from novice traders during the summer of 2013 regarding investments, the IPO brought a new vibe of investor interest, which can only help our sector.”

UK-based stock and CFD brokers were on the right side of the market during the IPO, as was seen by the high uptake of new clients. Mr Siddiqi adds: “We added around 102 clients on the back of the grey market listing.”

Jim Dolan, Head of Retail at Beaufort Securities, a London-based stock broker also saw an uptake in client activity, he stated in a comment to Forex Magnates: “We saw a significant increase in new client take on in the run up to the IPO, a 60% month-on-month increase in new accounts opened in September last year on the back of the Royal Mail IPO.”

Hargreaves Lansdown, a listed financial services provider, saw a rise in new accounts and assets under management during the second half of last year, according to its earnings report, primarily driven by interest from investors in the Royal Mail issuance.

Trading volumes were significantly high during the pre-listing period states Mr Siddiqi: “We saw a huge volume of trades as soon as we listed the stock on the grey market.”

Key market events have been the driving force behind record volumes witnessed in the FX and CFD markets, the Royal Mail IPO highlights the significance of these events and the numerous benefits for brokers in this space.

The UK is an established market for investment products which has an estimated 12 million stock investors. The rise of electric trading and the familiarity of derivatives-based products have been drivers of growth among the UK investor population. UK investors have been open to trading in CFDs since the late 1990’s, this concept has been extended to include financial spread betting products which are exempt from capital gains tax on profits.

Although the UK is overwhelmed with service providers in the FX and CFD arena, new firms are keen to get their fair share of the pie, and new firms are finding abode in the world’s financial capital. RoboForex was the latest firm to announce its new office location in London, in addition, Axi Trader an Australian-based broker has acquired FP Markets and will commence its UK operation shortly.

The global recession of 2008 is still hanging in there with tapering and interest rates at record lows, however signs of growth and optimism are gradually increasing with the UK housing market coming out of its dull shadows, prices having increased 8% in the last 18 months.

The UK benchmark stock index has been one of the best performing indices in Europe, currently trading in a range just shy of the psychological 6800 mark; the FTSE is up 0.7% year-to-date.

“After a slightly cautious start to the year the equity markets look set for a further year of gains with interest rates unlikely to rise anytime before the middle of next year,” added Mr Dolan.