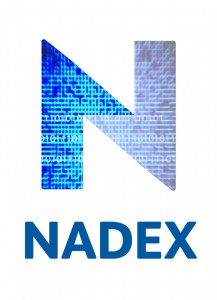 It’s been a while since Nadex became the first legally operating binary options exchange in the US. Ever since the CFTC took a tough regulatory stance against the binary options industry, seeking to make the market transparent and, most of all, real, with proper contracts transacted on exchanges, there’s been a few additions to the market.

Recently, Nadex diversified its strategy and began a new chapter in regulated binary options. The company introduced shorter term contracts with the launch of 20-minute binary options, followed soon after by five-minute binaries.

The main difference between Nadex (North American Derivatives Exchange) and the plethora of unregulated offshore companies which are offering binary options trading, is that the trades on Nadex are executed on an exchange at a price that the client sets.

The company is not taking the other side of the trade and is delivering the most transparent product available on the binary options market today. As an exchange, Nadex doesn’t have any interest in who the profitable party in a trade is, hence there is no conflict of interest between the client and the company.

For every order that the client places on the platform, a confirmation ticket is emailed out by Nadex for the purposes of keeping a record and maintaining accurate data for both sides of the trade – the intermediary and the end client.

All binary options offered on the exchange are priced between $0 and $100 with the price indicating the likelihood of a particular event occurring or not. For example, if we have a EUR/USD daily option with an expiration value of 1.1920 (as seen in the screenshot), we have two prices: the bid and the offer.

With a fixed-odds bet, the risk should be more manageable for traders who have issues exiting the market in a timely manner. Mind you, this option can be sold back to the market at any point in time. As well, unlike the huge discount which has to be paid when using an unregulated broker, there are no limits to this action as long as there are bids and offers available to fill the order.

If a trader pays $55 for a contract, the maximum amount he/she can lose is that amount. The total chance of an event succeeding is the remaining $45 (in our example the EUR/USD pair closing above 1.1920 at expiration).

Nadex’s best feature is that it always provides the customers with the price that they ask for.

Aside from being an exchange which grants retail investors access to binary options, unlike the offshore binary options providers, Nadex is a company based in the US and it holds its customers’ funds in a US bank.

Traders are meeting the bids and offers of other traders on the exchange, and with the pricing mechanism which Nadex provides, they are guaranteed anonymity – there is no information on whether the counter party of the trade is opening or closing a position.

One wouldn’t expect there to be a huge difference in assets offered when compared to a familiar offshore exchange, but that assumption would prove wrong. Aside from offering major forex pairs, indices and commodities, Nadex is offering a typical derivative product which is normally traded on the CME – non-farm payrolls futures.

This is a most unorthodox and interesting product. Essentially it’s a derivative on the value of the non-farm payroll report which the Bureau of Labor Statistics publishes every month. A trader can bet on whether the reported figure will be above or below a certain threshold.

Trading binary options on stocks is not available thus far. However, a competing offering from the NYSE called ByRDs (Binary Return Derivatives) is already live and provides trading on select ETFs and stocks.

This is probably the only section of the offering where we would like to see more, a lot more. The platform is certainly more complicated than the typical offshore platform, which traditionally feature only a buy/sell (or call/put) sign and the price chart. This makes for an unfamiliar interface and, from personal experience, not a very intuitive one.

The arrangement of contracts is not terribly convenient, and the sets of different contracts take some time to arrange properly. We do realize that this is a totally different product from the typical binary options platform, but the amount of menus and submenus definitely weighs the user experience down.

That said, the platform behaved solidly throughout the testing period, which consisted of a couple of days of occasional trading. No technical issues were encountered. It just works. But to garner a more solid client base, it might be a good idea for Nadex to have another look at their user interface.

The charting integrated within the platform is not optimal either. While it does offer the most common technical analysis indicators and time frames, it doesn’t offer time frames larger than four hours, which are useful for those trading daily and weekly binary options.

As soon as the trader gets used to the platform and its features, which for some will be easy with help from the manual and customer support, binary options trading on Nadex is the best offering we have ever seen on the market for retail traders in terms of reliability. The lack of conflict of interest is apparent.

Execution is flawless. There is almost no possibility of slippage as the client only places entry orders. There is likewise no gaming, price rigging, sudden changes in contract trading hours or anything like that.

In addition, the anonymity which the platform provides is very nice, as clients don’t have information as to whether their counterparts are opening or closing a position.

Aside from the geeky interface, the experience has been rock solid as one would expect from a CFTC regulated exchange, and we hope to see changes in the future which will improve the user interface and make the platform more intuitive.

Victor should have done some homework before writing this piece. Nadex is NOT the “sole legal binary options exchange in the US” as stated above. The Cantor Exchange is also a CFTC regulated binary options exchange in the US AND offers a much easier platform to trade on, in my opinion. I trade on both. In addition, IG Group, the parent company of Nadex, is the primary market maker on their exchange thus they ARE taking the other side of the trade the majority of the time. I admit, Doyen and Group One have begun to make markets on a… Read more »

I have experiene hotforex but quality in optiontrade is similar like in hotforex?

Hi all! I’m looking good binary options broker. Now I wonder between Opteck and Option Trade? Which one is better?

Since march I trade in Option Trade and I’m satisfied. Execution is ok and they have great mobile platform.

ive been trading nadex on and off for awhile. i havn’t been successful and lost hundreds of dollars. cant say it’s their fault but one thing that bothers me is i asked for a reload on a demo account and they told me it would take 2 business days. that is the biggest croc of sh** i ever heard of. Take hundreds of real dollars at any time but a reload on a demo takes 2 business days??? sounds shady. i will wait though. posting so everyone knows how they operate. also remember this was my first reload also. POOR… Read more »