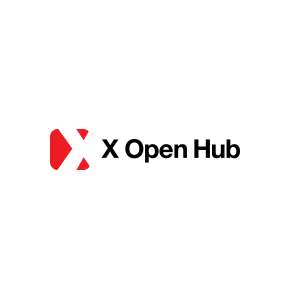 X Open Hub (XOH) has reported to Forex Magnates that Piotr Drzewieck will be spearheading the technology and liquidity solutions provider. He will be accompanied by Malik Khan, who has assumed the role of Sales Director, the move coming 22 months after Jakub Zablocki, CEO and founder of XTB, the group’s company behind XOH, took charge.

X Open Hub adopted the new changes after it had successfully established its software and liquidity business. The firm told Forex Magnates that it services over fifty brokerage firms, and XOH’s revenues contribute to 20% of the group’s total earnings.

Forex Magnates has learned from sources that a number of individuals have left XOH’s UK office during the restructuring of the business, including sales and business development staff members.

As part of the company’s new framework Mr. Zablocki will be moving back to Warsaw, the group’s headquarters.

“As XOH is not a start-up any more, it does not require my direct attention. What’s more, as founder of XTB group, I have to concentrate on the group’s wider strategy.

That is why I have passed the direct supervision of our institutional business to my deputy, Piotr Drzewiecki and Malik Khan who has been promoted to a sales director position,” explained Mr. Zablocki.

Forex Magnates believes Mr. Zablocki’s return to Poland could be a sign that the group is looking to further extend its current operation, as with over 12 years of market experience as a profitable business, it is in the sound position of exploring new routes, such as being a publicly listed firm.

XOH is the institutional arm of XTB, a Polish origin financial services firm. XTB, the main retail unit, was set up in 2002. The firm was a leader in the domestic Polish market and it expanded its global foothold across Europe and is regarded as one of the largest overseas FX and CFD providers in Germany.

XOH also reported during an emailed interview, that its xStation platform has download capabilities, thus offering users multiple ways to access and trade the markets.

Malik Khan added: “We have just released the desktop version of xStation platform so our clients can enjoy the full spectrum of products, desktop, web, tablet and mobile. The firm’s current focus is mainly on enhancing the back-end and the number of mobile applications.”

The Future of Trading Platforms

The retail FX platform market has been dominated by a few players, namely MetaQuotes, the firm behind the popular MetaTrader 4 platform. However, with the advent of open source technologies, new providers have stepped in as they aim to offer alternatives to investors.

Developments around trading platforms have been a growing trend over the last three years as investors continue to develop their appreciation of technology. In addition, access to technology has streamlined the way users trade. A number of new initiatives such as mobile trading, social trading and automated trading have contributed to the extension of platforms from their core structure.

Mr. Drzewiecki concluded: “In January we plan to release completely brand new mobile apps which I am sure will set the new standard on the market.

The big development push is on our liquidity solutions as we see big demand from our clients for multi-asset liquidity.”

Through open trading platforms, traders can benefit from a number of applications that can support them in their trading strategies and make informed trading decisions, thus simplifying the use of third-party programmes.