As of this month, Monex Group no longer reports Global Forex volumes following the transfer of OTC FX accounts offered by the FX companies of TradeStation Group, Inc. to OANDA Corporation and OANDA Australia Pty Ltd in March. As a result, Monex’s FX volumes are now comprised of only the OTC FX volume of Monex, Inc., the Japanese subsidiary of the broker. 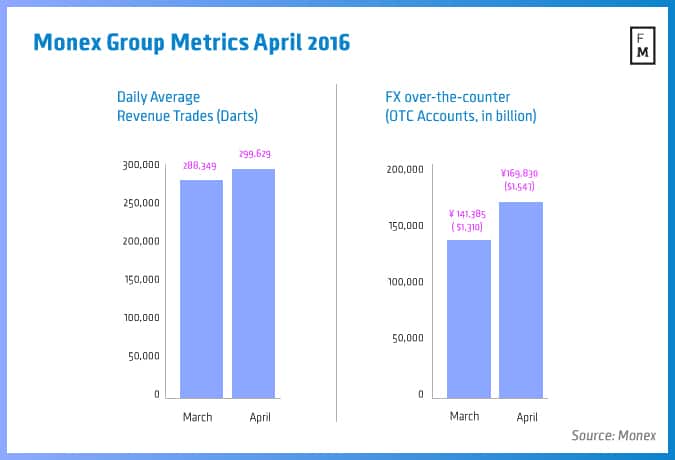 The Japanese broking giant, whose Daily Average Revenue Trades (DARTs) had been in decline since January, reported a figure of 299,629 DARTs compared with 288,349 during March 2016, representing an 3.8% increase MoM. The annual comparison, however, showed a 5.9% drop from the result of 318,116 recorded in April 2015.

Share this article
Tags: financial-results / monex-group
Got a news tip? Let Us Know