GAIN Capital (NYSE: GCAP) has issued a company statement outlining its volume metrics data for the month of June. The company has reported that over-the-counter (OTC) retail trading volumes have totalled $166.1 billion, which is lower by 7.4% from May 2014, but remains higher than a year ago by 7.3%. The average daily retail OTC trading volume was $7.9 billion, which is lower by merely 3% from last month’s figures and an increase of 2.2% from June 2013. 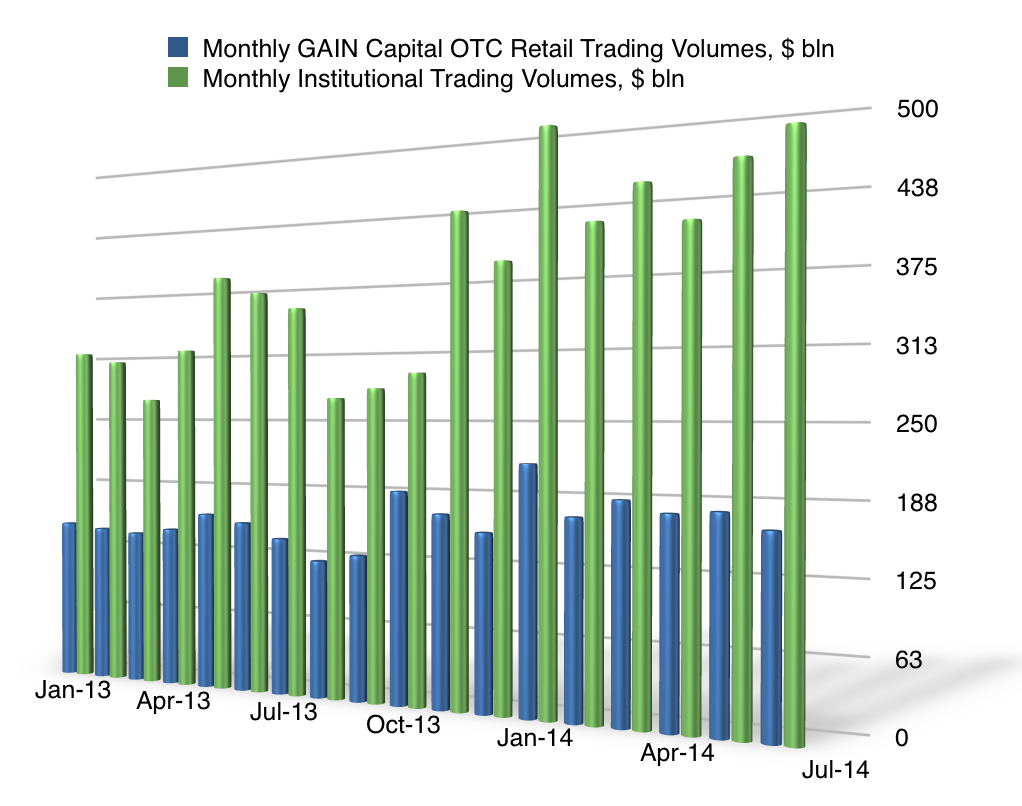 Time for another acquisition.. we ever find out the ownership of the converts..