Invast Securities has reported its April 2016 monthly financial metrics, which extended a monthly decline across key figures such as revenues, falling to its lowest level of 2016 thus far, according to an Invast statement.

By extension, April 2016’s operating revenues were virtually congruent to its 2015 counterpart – relative to April 2015, the latest monthly revenues at Invast represent a gain of less than 1.0% YoY from $2.9 million (¥318 million).

Earlier this month, Invast disclosed its annualized financial figures for the year ending March 31, 2016 – the broker saw a manifold increase across some key metrics, including a strong performance in revenues relative to the year prior. 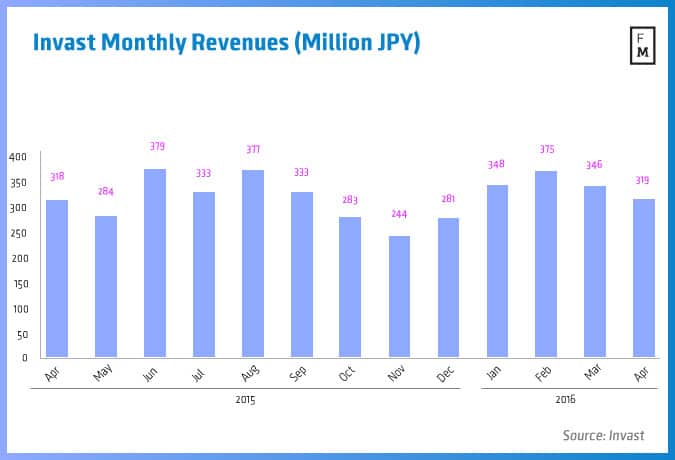 Share this article
Tags: Invast / invast-securities
Got a news tip? Let Us Know