Invast Securities has disclosed its January 2016 monthly financials, which built on last month’s strong performance, securing its first positive monthly advance in the new year, according to an Invast statement.

By extension, January 2016’s figure is still lower than its 2015 counterpart – relative to January 2015, the latest monthly revenues constitute a loss of -11.2% YoY from $3.41 million (¥392 million). This was more a product of the state of currency markets one year ago, when the Swiss National Bank (SNB) triggered volatility worldwide in January 2015. 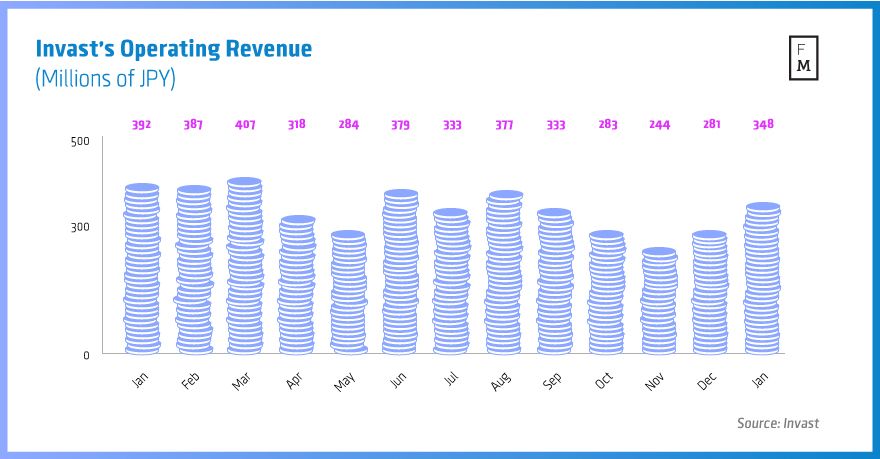 Share this article
Tags: invast-securities
Got a news tip? Let Us Know