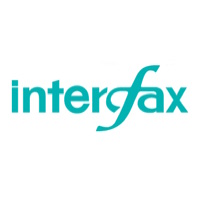 The center for economic analysis Interfax-CEA recently published a report on FX brokers in Russia during 2014, assigning a composite rating that was established via a list of parameters. This survey featured a total of 22 Russian FX brokers and a sample size of approximately 8,000 traders.

The report details a few interesting trends, namely the market dominance of Alpari RU, Forex Club and TeleTrade, which collectively control 60% of the Russian FX market. Furthermore, the survey yielded that the average size of customer deposits in Russia stands at $900.

In addition, the report estimates that roughly 400,000 individuals utilize the services of FX brokers in Russia, whose collective average monthly turnover accounted for $350 billion – Interfax-CEA analysts posit that the large amount of turnover by brokers is due in part to large trading leverage.

Despite the large figure, average monthly turnover in 2014 declined year-over-year, which can be attributed to several factors. First, Interfax-CEA analysts hypothesized that the reduction of trade and low volatility of exchange rates in developed countries helped undermine profitability and investment attractiveness of currency speculation.

Furthermore, the cataclysmic collapse of the Russian ruble provided citizens with an alternative opportunity to earn by investing in cash currency, which effectively diverted their investment accounts with FX companies. Finally, an impending domestic economic and financial crisis in Russia forced many investors to become more conservative with investment options and savings. Other notable findings in the report include:

Additionally, the FX market in Russia appears to be quite top heavy, with 10 brokers soaking up nearly 80% of the overall market, both in numbers of customers and volumes. Unfortunately, the report also found that nearly 66% of investors in Russia lost money in the FX market during 2014.

According to Alexei Buzdalin, deputy director of Interfax-CEA, in a recent statement on the report’s findings, “A paradoxical situation is that for more than 20 years, forex companies have developed their businesses in Russia, attracting funds from the public, but now we’ve come to the stage where we should see the state controlling broker activities.

“This situation is mainly due to the small volume of citizens forex brokers have attracted as compared with other segments of the financial market. Also, be aware that the retail forex market is, on the one hand, a high-tech market, but it is mostly a “virtual” space, making it difficult to control brokers’ activities.”

“There are fraudulent companies in the market whose aim is to raise client funds and then deliberately file for bankruptcy. Ukranian company MMCIS operated according to this Ponzi scheme, the dangers of which we warned the market just a year ago in our previous review. Another difficulty is the fact that most companies carry out their activities on behalf of companies registered in offshore zones, which implies not only tax evasion, but the regulator’s inability to control,” Buzdalin added.

Share this article
Tags: brokers / Russia
Got a news tip? Let Us Know

FXOpen volume for 2014 (Russian Clients without CIS countries)was 79,824,656,082.18
Average was 6.5 per month. Frankly speaking I have no idea where did Interfax got their numbers from (FXOpen numbers) as they never contact us.

FXOpen volume for 2014 (Russian Clients without CIS countries)was 79,824,656,082.18
Average was 6.5 per month. Frankly speaking I have no idea where did Interfax got their numbers from (FXOpen numbers) as they never contact us.

I am no Lomonosov statistician, but there seems to be a difference.

I am no Lomonosov statistician, but there seems to be a difference.