Interactive Brokers UK Ltd. (IB), the British branch of the American company Interactive Brokers LLC, has recently released its end of the fiscal year results for 2016. Overall, there have been several increases in several factors, but they were quite minimal. 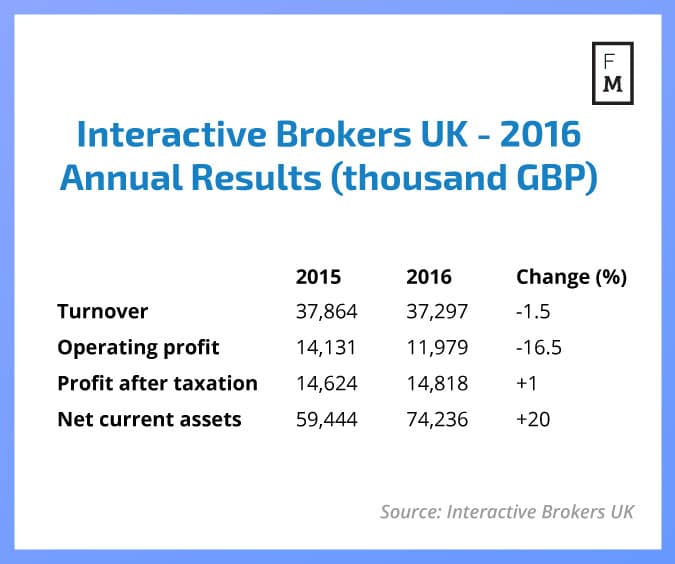 Interactive Brokers UK is the London-based child company of Interactive Brokers, which claims its headquarters in the United States of America. The first operates as a brokerage, providing trading solutions for individual investors and financial institutions from around the world.

Recent Reports from the Interactive Brokers Child and Parent Companies