Interactive Brokers and Robinhood have joined other brokers who blocked access to GameStop, BlackBerry and other highflying stocks on Thursday as trading surged among Reddit investors.

Robinhood traders are reporting that they could not trade these stocks this afternoon. They got an error message saying “this stock is not supported.” 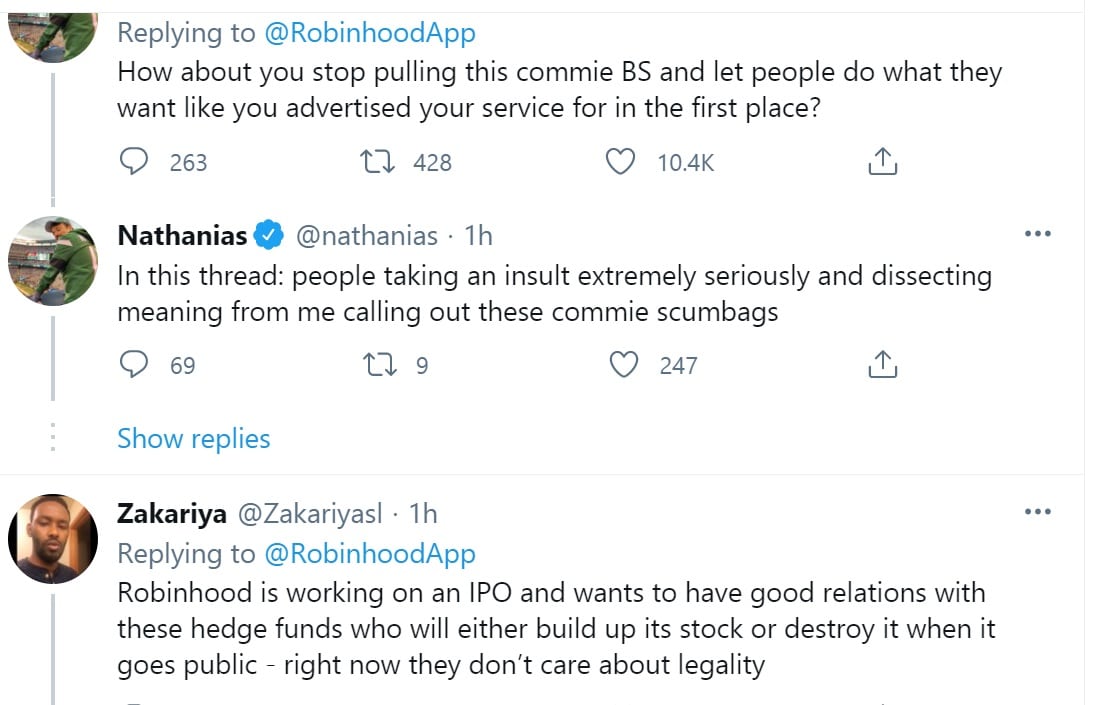 Meanwhile, Interactive Brokers has switched option trading on such heavily-shorted securities into liquidation only due to “the extraordinary volatility in the markets.” In addition, the discount brokerage is now requiring its long traders to deposit a 100% margin, while short-sellers need to cover their trades with up to 300% margin.

“We do not believe this situation will subside until the exchanges and regulators halt or put certain symbols into liquidation only. We will continue to monitor market conditions and may add or remove symbols as may be warranted,” the company said. 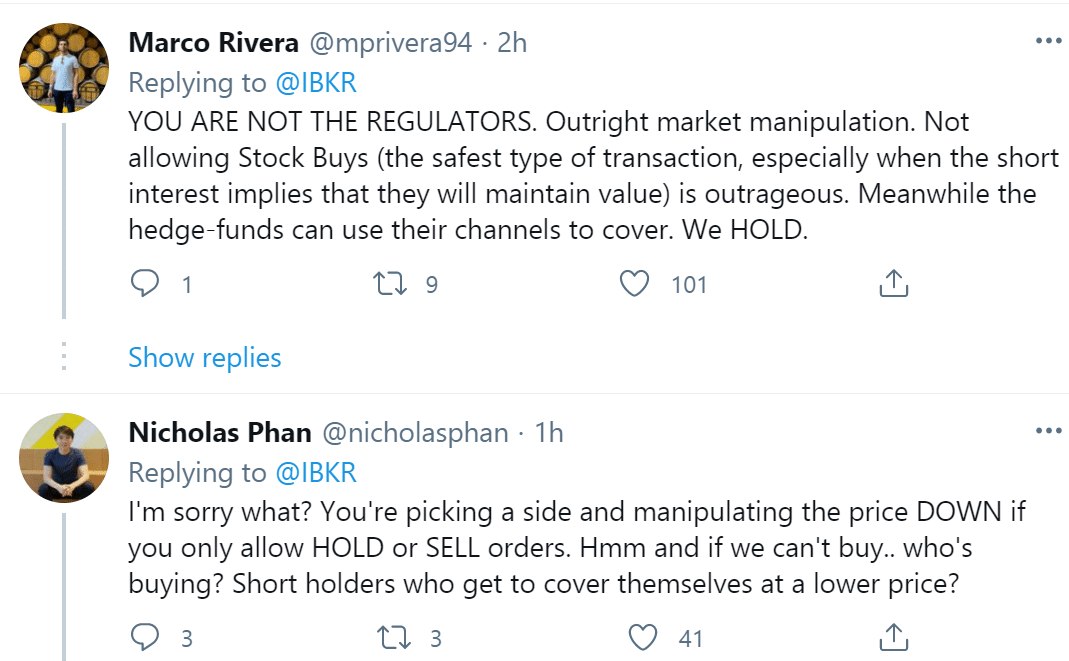 TD Ameritrade, IG Group and Charles Schwab were the first major brokerage houses that have banned trading on both stocks and derivatives that skyrocketed. This was inspired by a multi-day barrage of buying by retail investors on social media platforms.

“We made these decisions out of an abundance of caution amid unprecedented market conditions and other factors,” said TD Ameritrade, which is now part of Charles Schwab, on Wednesday.

Other brokers have moved to curb trading of these shares by varying restrictions, depending on the security, such as limiting leverage levels, banning short sales and increasing margins to stop the Reddit investing frenzy.

GameStop Corp stock, which more than doubled again today as amateur investors continued to pile into the stock, traded as high as $483 as the battle between retail mobs and hedge funds continues. IG Group, which experienced trading outage yesterday, suspended options trading surrounding GameStop stock, which has ballooned more than 400% in just two days and nearly 1800% in less than three weeks.