Osaka based Japanese forex and binary options broker Hirose Tusyo Inc., which also has a UK subsidiary, has announced that it is aiming to raise up to ¥15.04 billion ($135.5 million) as it gets listed in Japan.

The company has been authorized to issue up to 18,124,000 shares and will be trading on the Japanese Stock Exchange starting from tomorrow under the ticker 7185. Hirose FX is one of the very few companies from Japan that have made it into the global markets and is going to use the funds to continue its global expansion.

Hirose Japan has presented a number of company results for the past years with revenues steady around the past couple of years at around $38 million. The firm has registered profits totaling about $2 million for fiscal 2015, which in Japan ends on the 31st of March of the calendar year. 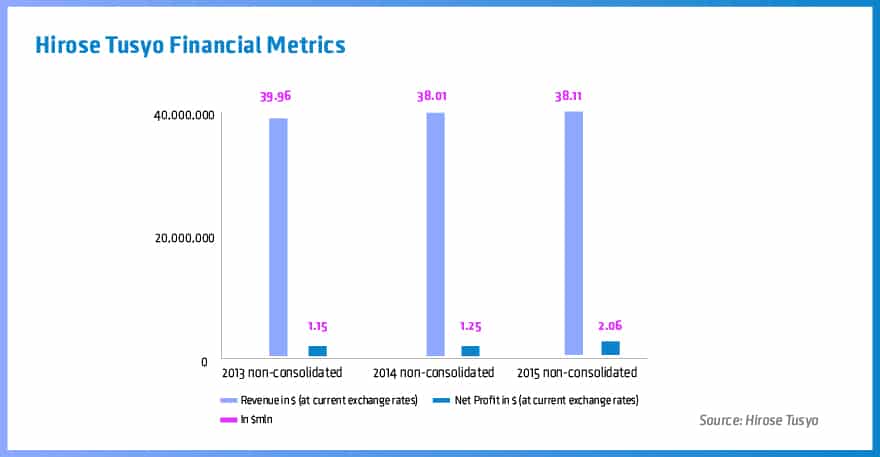 The firm joins the ranks of a number of other publicly listed companies such as GMO Click Holdings Inc., Invast Securities and Monex Group. In addition to its UK Financial Conduct Authority Subsidiary the company also has offices in Hong Kong and Malaysia.

This marks the second IPO of a foreign exchange related company for the year after CMC Markets raised close to £220 million on the London Stock Exchange, receiving a valuation of close to £700 million.

Japanese foreign exchange brokers have been presenting mixed performances for the past year – while Monex Group has traded more or less flat, GMO Click lost close to 25 per cent of its value. Over the same period, Invast Securities has outperformed its competitors and the broad Japanese stock market index Nikkei 225 by returning 28 percent to its investors.

Throughout the year, the Japanese stock market has been varying wildly due to the volatility of the Japanese yen. For foreign exchange brokers in the country, these periods typically translate into increased trading volumes and revenues.

The other IPO this year, that of CMC Markets, has gathered little attention as shares of the company have been trading flat since the first day of listing on the LSE on February 8th. The stock of the company is changing hands at 240 pence per share.