Japanese broking giant GMO Click has reported its January 2016 trading volumes, which continued to climb following an uneven performance in Q4 2015, according to a GMO Click Statement.

The last few months of the 2015 calendar year had seen diminishing trading volumes, including a yearly low figure of ¥72.5 trillion ($606.2 billion) marked back in November – since then GMO Click’s trading volumes have been on the uptick, having now secured a consecutive monthly advance off after bottoming out in November 2015.

The figures come during a period of volatility in FX markets, namely in regard to Japan which has recently seen speculation surrounding the BOJ that its monetary policy regime would change – this proved to not be the case on January 29, 2016, however its clear that the market has been more dynamic and volatile than in recent months.

Over a yearly timetable, GMO Click’s trading volumes have incurred a decline however, especially when weighed against its January 2015 counterpart, which at the time noted a figure of ¥141.5 trillion ($1.18 trillion), a -5.6% YoY drop. 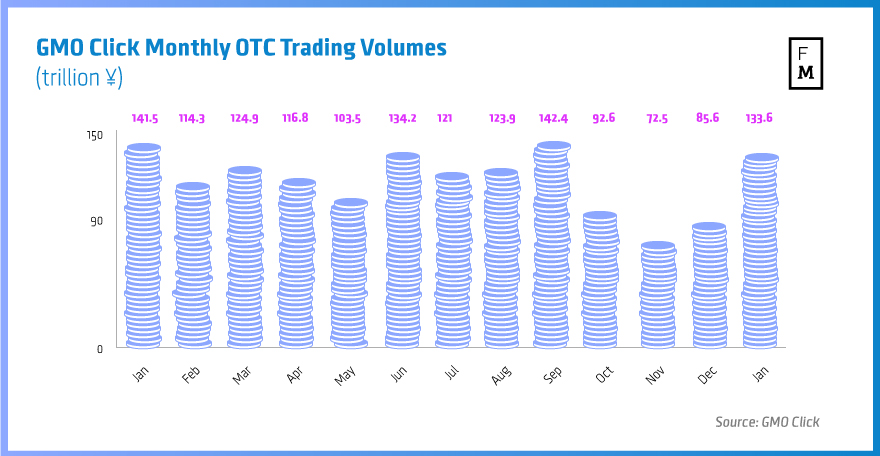