GAIN Capital Holdings, Inc. (NYSE: GCAP) has released its volumes for the month ending May 2016, having had its retail business take a dive MoM in what has become an industry wide trend, according to a GAIN statement. 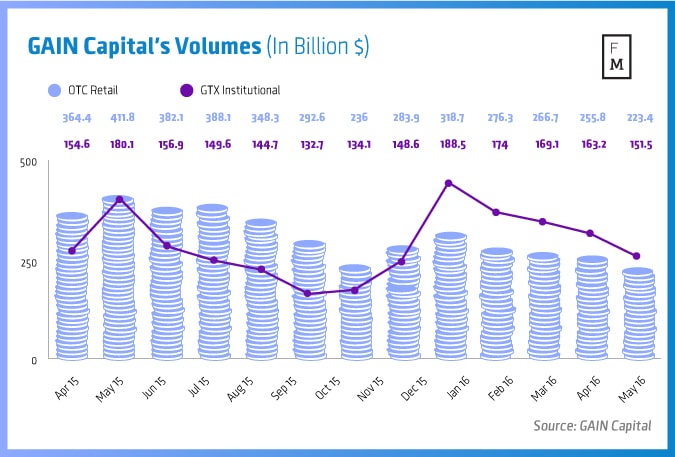