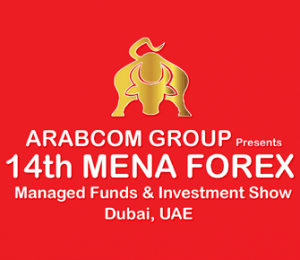 Fallout to the retail forex industry from last week’s Swiss franc volatility has spread to the conference world. Scheduled to take place in February, the 14th Mena Forex Managed Funds and Investment Show in Dubai is being postponed. The conference series is one of the larger forex related shows in the Middle East and is a hybrid of both B2C and B2B sponsors and exhibitors.

Hosted by Arabcom, the presenters have cited “receiving non-stop calls from investors and traders complaining about their losses and anxiously holding the brokers accountable” from last week’s moves in the Swiss franc. As a result, it was decided to postpone the event until the “tense situation gets clearer, in order to avoid any confrontation between both sides.” Not cited, but possibly also affecting the hosting of the conference are losses absorbed by broker sponsors, the list including Alpari.

The potential friction between retail conference attendees and broker exhibitors occurs as the industry has recently experienced several cases of customer angst at events. In November 2014, the Shanghai International Money Fair was interrupted by retail forex trader attendees who vandalized broker exhibits, as well as issued warnings to others about specific brokers they had traded with.

In addition to the Mena Forex show, while not updating their websites, several other conferences in the Middle East have also been cited by attendees to have been postponed.

Dear All, My Name is Keith Fernandes, Events Director, FIMENA EXPO 2015 which happens on the 12-13 of February 2015 at the Al Murooj Rotana Hotel Dubai our website is http://www.forexmenaexpo.com. We will go ahead with the expo happening the same dates and assure you we will not cancel it We are organizing the First Forex and Investment MENA EXPO 2015 in Dubai and did not see any negative feedback from any of our investors, traders and fx industry professionals attending the expo and see keen interest in participation. I would invite all of you to come visit the expo… Read more »

Forex Client/Broker Tension is not the Cause of Postponing of Mena Forex Conference – The real truth behind the cancellation of 14th MENA Forex conference is the organizer Arabcom group wants to take the money of brokers. It was already planned to take the sponsors money and absconded from UAE. In fact I am one of their victim and they owe me my salary and end of service money and I filed a case against them in the Dubai Court so they have to close their operations in UAE. I know almost 8 suppliers who have the CHEQUE of Jean… Read more »

I do totally agree with Mr Syed, ARABCOM GROUP ARE CHEATERS. This is not the first time they have done this last year they had scheduled an expo in April and just 3 weeks before they postponed the expo giving some silly reason, We SFG trading had paid USD 15000 and when we demanded our money back they refused to pay us back, even when i came to Dubai they refused to meet me and ignored all my calls. After this i started my research on the Arabcom with our external partners in Dubai and found out that they had… Read more »

@Ron – Makram is absolutely correct, since you posted this article in few days you will see dozens of comments against Arabcom Group, I worked with them for 7 years and I know very well how they give fake awards and cheat people. I have all proofs with me if you want I can send you to you personal email address. The main purpose of exposing these Husband and wife is to protect the brokers in future.

@Syed, what made you continue to work with them for so long if they were into shady dealings?

@jon, I worked with them to force them and show them how to be honest, but it was a mistake DOG TAIL NEVER BE STRAIGHT EVEN IF YOU TRIED FOR 1000 years!

@Syed – I am curious as to how they were able to pull this off for so long without getting caught. But what’s more baffling is you stuck with them for 7 years?

It seems the Arabcom Group have made several ID’s like JON and JD and started counter attack … Ha ha I know the dirty minds very well… Just want to clear one thing that now clients know you very well what ever you guys do you cant make people fool… Itis a very clear message if you cheat people then you are out… thats what happend to ARABCOM GROUP!

They have been doing events since 7 years. We need to get feedback of other brokers who really regsitered with them and if they were scammed. Also why would they say they postponed it? If they plan to scam then they should keep the dates and just disappear.

@Salman, Thats brilliant idea..just to help you with this I would like to name few companies who already file a police case against Arabcom Group because of bounced cheques. for example Shadow Advertising (supplier of banners), Ritz Carlton DIFC Dubai (the Hotel where the organize thier last event), Street Smart, Merex Markets, Plus Financial, Iron FX, SFG Trading etc……..

In addition to this some individuals such as My self (Syed Kashif Noman), Valencio D’souza (their ex-employee) are waiting to receive their money and already published the add in newspaper of their absconding.

Dear Ron, Arabcom Group is totally certain that, as you mentioned in your comment, you have checked very well with your sources before reporting. Your words “brokers were warned by clients not to show their face at the event” are more than enough to prove how unethical competition could lead some people to spread rumors about our long standing reputation and falsify facts, as stated in our official announcement. We will not be dragged to these kinds of discussions, because our unmatched successful track record is the sole response with 13 consecutive Forex Shows in the MENA region since 2007… Read more »

The MENA show was always the best show in the middle east, and the owners and the organizers used to do very good shows and dinner after that. We got lots of clients from there. However this year it was a kind of a shock for us what happened and the postponement of the show. We read what Mr Syed is writing and it is kind of worrying for us as brokers. However, I believe if Arabcom group announces by Monday or tuesday new dates which are near, April or May, and they run the show, they will prove they… Read more »

@Ron
the reason I have copied the content from Syed’s comments as you have not answered the questions regarding there previous 13th mena forex show, also the hotel booking for 14th mena forex show.

@Makram the 13th Mena show was postponed due to booth not being sold, however the show was held in June (3 months after), so you cannot say they scammed people. Up to this point you can see that arabcom shows were reputable. Now regarding the 14th show, only time will tell if the guys turned into scammers or they are geniune people,

Dear all,
The 14th MENA Forex Show will be held on 9-10 April 2015 in Dubai, UAE! Stay tuned for details soon.. meforexexpo.com

Again arabcom group prove that they are reputable and best forex expos organisers. If they are scammers why would they bother putting new dates. It looks like syed and makram are the scammers

Dear All,
Jean Louis Farwaji, Katya Tayar and Jean Carlos Tayar have embezzled money from a number of individuals, sponsors and companies. They have a lot of court cases against them in Dubai and Beirut. They are not to trust.

In Reverting back to Mr Noman comments in 2015, who agress us as an employee in our company since 10 years and tried to destroy our reputation, I would like to inform him that we are at our 17th FFXPO and still going on and growing Sure it is not thanks to his efforts, but thanks to our transparency and Reputation and hard work and honesty. In addition Mr Noman is being sued in Court for the last 2 years by Arabcom group for being obliged to pay penalties after breaching his employment contract and stealing our data base of… Read more »