In terms of its OTC currency trading volumes, the FFAJ yielded $4.0 trillion (¥452.4 trillion) in December 2016, down -14.7% MoM from $4.7 trillion (¥530.5 trillion) in November 2016, which represented one of its yearly peaks. December was devoid of any major market drivers, also suffering from seasonal declines in volatility, a sizable departure from the month prior.

The declines in trading volumes on a MoM basis also reflect a universal fall seen in other institutional and retail trading venues in December 2016. Earlier today the FFAJ also posted its binary options trading figures, which also noted a similar decline. 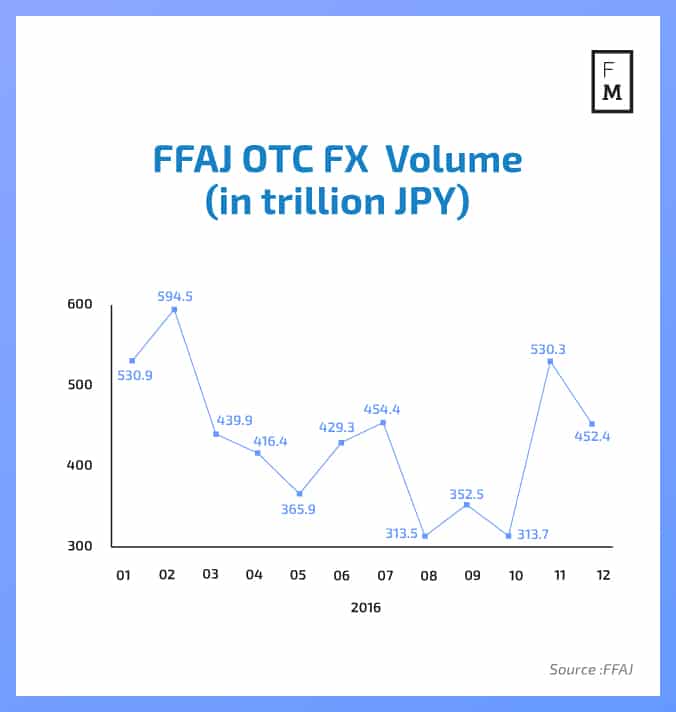