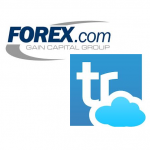 According to Forex Magnates sources, GAIN Capital will soon be launching the tradable apps-based platform. Such a launch would be a huge score for the Danish company, as it would make the platform accessible to GAIN’s massive client base. The news also comes after tradable announced that it had signed Japanese Monex as a client earlier this month.

GAIN and tradable supposedly have been working on a major integration for several months that allows GAIN to launch tradable already within the next month or so. This would be the first of the top global brokers to launch the award-winning platform.

Speaking to attendees and developers during the iFXEXPO last week, the feedback we received was that tradable was a ‘work in progress’, but people were excited about the open environment of the platform and the potential it provides. Currently, due to the present friction taking place between MetaQuotes and third party developers, there is a growing demand from both developers and traders for more platform choices in the market.

As such, this had led tradable to already feature a robust list of apps from established entities in the industry such as NetDania, ZuluTrade and MT4i. What the platform currently lacks is an end-user trader client base to create demand for the developed apps. With GAIN Capital signing on, that could soon change quickly.

We reached out to both companies for a comment, but so far neither of the parties have responded. We’ll keep you posted as always.

Is MQ getting worried now I wonder?

Is MQ getting worried now I wonder?